Nikki Toscano is extending her working relationship with Paramount. The showrunner for the upcoming “The Offer” has signed a new 3-year overall deal with Paramount Television Studios,” the company announced Thursday.

Toscano will develop TV shows for Paramount Television Studios for all platforms as part of the deal. Her current project is “The Offer,” a dramatization of the making of “The Godfather,” which premieres on Paramount+ in 2022.

“Nikki is a supremely talented writer and showrunner. Her contribution to THE OFFER as its fearless leader and North Star is immeasurable. We look forward to many more successful collaborations,” Nicole Clemens, President of Paramount Television Studios and Paramount+ Original Scripted Series said in a statement.

“It’s been such an easy and inspired collaboration with Nicole, Jenna (PTVS EVP Jenna Santoianni) and the entire Paramount Television Studios team, and I am thrilled to continue this creative partnership,” Toscano said in a statement. 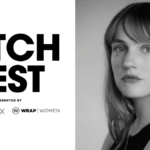 Prior to “The Offer,” Toscano served as co-showrunner and executive producer on Amazon Prime Video’s “Hunters,” following back-to-back overall deals at 20th Century Fox and Universal. She currently has pilots in development at Paramount+ (alongside Guy Nattiv and Jaime Ray Newman) and Netflix (with Ellen Pompeo and Regina King, and is developing a TV series adaptation of the novel “Long Bright River” with Keri Russell.