Oliver Stone and Wes Anderson are about as stylistically different as two directors can be, but now they’ve both come under the watchful eye of Matt Zoller Seitz. When Seitz isn’t editing RogerEbert.com or writing about TV for New York magazine, he’s been chronicling filmmakers in a series of acclaimed books.

On the heels two acclaimed books about Anderson, Seitz returns with “The Oliver Stone Experience” (Abrams), hitting bookstore shelves the same week that Stone celebrates his 70th birthday and releases his latest film, “Snowden.” It’s a well-stuffed tome, chock-a-block with photos, archival material, and very revealing interviews with its subject.

Seitz spoke with TheWrap via phone after hosting the Fathom Events “Snowden Live” program (which included an interview with Edward Snowden via satellite from Moscow) and on his way to interviewing Stone and members of the film’s cast on “Charlie Rose.”

The transition from Wes Anderson to Oliver Stone seems unpredictable, to say the least.

I wanted to do another director book, and the main order of business was, “Who would put up with me for the number of hours it takes to do a book like this?” And also, “Who do I find interesting?” The next obvious candidate for me was Oliver Stone.

The book is kind of this reminder of when Oliver Stone was Oliver Stone. There was a period there where he was the white-hot center of the zeitgeist, and it seems like that hasn’t been the case in the last decade or two. Do you think that tastes have changed, or his films changed, or is it something else?
It’s a lot of things. Oliver Stone was an anomaly even when he was big. The era of the auteur who works [with] a big budget was already over when he came on the scene, and it was bizarre that there was this brief period when he and Spike Lee were both making movies that had real budgets and actors you had heard of.

Both of those guys seem more to me like ’70s directors than ’80s directors, even though they both arrived on the scene in a big way in the same year, 1986: Spike Lee with “She’s Gotta Have It” and Oliver Stone with “Platoon” and “Salvador” in the same year. So I think it’s kind of a miracle that Stone got to make as many movies as he got to make in a row.

He made 10 really interesting and zeitgeisty movies in a row, stretching from “Salvador” all the way through “Nixon.” And after “Nixon,” it was kind of over, and it would have been over a lot sooner if “JFK” hadn’t been a hit.

I’ve never seen anything like the concentrated media attack on “JFK.” It seemed like the entire media — not just the film journalists, but all the journalists — were out to get a particular film. It’s only because that movie was a hit and got nominated for a bunch of Oscars that he was able to turn around and plow all the mojo he’d accumulated into making “Heaven & Earth,” which is a really interesting movie, about the life of a Vietnamese woman who comes to the U.S. after the war. But it didn’t make a nickel.

And then he made “Natural Born Killers,” which was sort of financially successful — not a big hit, but enough, even though Warner Bros. opened it in August. But it got embroiled in all these lawsuits over murderers who cited “Natural Born Killers” as an influence, and also there were all these battles with the ratings board.

By the time he made his next film, “Nixon,” that movie cost $50 million to make, and it grossed $13 million. Stone only got it made because of some bizarre contract loophole in an agreement he had with Disney, which I still don’t understand. I asked him to explain it to me three times, and I still didn’t get it, so that’s why that’s not in the book. And that was it.

Basically, people who wanted to throw him out on his ass finally had a reason. And he has not been on the A list of Hollywood ever since. He has made movies for studios subsequently, but it was like, “World Trade Center,” which was basically a survival film, or “Wall Street: Money Never Sleeps” which was actually one of his more profitable movies. But that was a movie that made its money overseas and wouldn’t have existed if there hadn’t already been this successful film called “Wall Street” that he directed.

Everything else he’s been involved with, including “Alexander,” he cobbled together the budgets from I don’t even know how many countries. He’s basically an independent filmmaker, even if there’s a studio logo in front of one of his movies. He’s kind of like Orson Welles was in the ’60s in Europe. 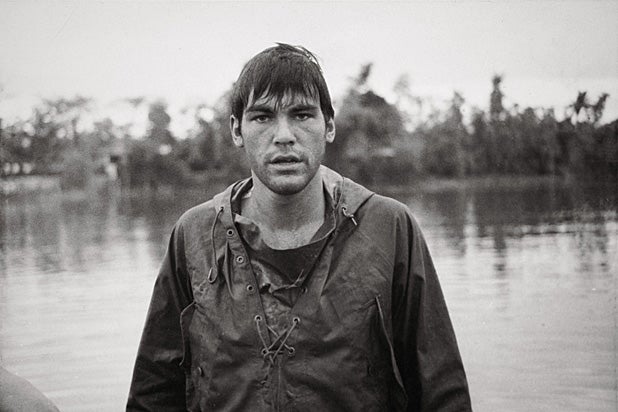 Funny that you mention Welles: Stone has kind of this self-made mythos that a lot of the old-school studio directors had. In sitting down to talk to him, did you feel like there were walls to break through, or was he always fairly forthcoming?
Well, I didn’t have a whole lot of trouble getting Oliver to open up about things; whereas Wes Anderson really doesn’t like to talk about his personal life at all — he’ll go on for 15 minutes about a production design detail or how he blocked a scene or the career of an actor he likes, but he won’t talk about himself. Oliver Stone will talk about himself; he’ll talk about his movies in relation to himself, and he’ll talk about the politics and the history surrounding himself and his movies.

I don’t think I’ve ever seen a book of interviews where there were redacted sections. How did those come about?
This is really bizarre. A lot of things are up-is-down, black-is-white when you’re dealing with Oliver. Oliver told me he would only do this book with me if I signed a piece of paper stating that he had no financial interest in or editorial control over this book, because he said that’s the only way I think I can be honest with you. And I said OK, and there was an enormous degree of trust placed in me right off the bat, and he continued to trust me.

There were a lot of points, particularly at the end when he was starting to see the book come together, when he regretted a lot of the things he said to me, and he tried to get me to take things out. Certain things I did take out if he was talking smack about some studio head who is actively in power, or some actor that he might want to work with some day. I would say “Yeah, sure.” Because he had given me other stuff: He talked about losing his virginity to a prostitute hired by his father when he was 15, and how he set off his own explosives on the set of “Platoon,” which you’re really not supposed to do. So I felt like, now that I have that, I don’t feel so bad getting rid of “I don’t like this other director, blah blah blah.”

But there were times when he wanted me to take things out, and I thought they were sort of germane to that part of the book, and I didn’t want to actually delete them, so I thought it was better to do a redaction. And there were also times when the publisher asked for a deletion, and I didn’t want to do it because I felt like it would compromise whatever part of the book that was, so I would redact that. And there were a couple of times where I wanted to take something out, and Oliver would be adamant, “No, no, you have to leave that in, otherwise, blah blah,” he always had some reason. So sometimes it was me redacting things.

And I thought it was a good solution, because it’s Oliver Stone, and there are redacted documents in his movies. And if you buy me a drink, I’ll tell you what’s under the black lines. [Laughs]

So now he’s back in theaters with “Snowden.” Do you get the sense that Stone is mostly driven by his personal politics, or the stories he wants to tell?
It’s funny, because every time I tried to ask him about it — and this continues to this very day — he’s very conflicted about that. Sometimes he’ll bristle at the idea that his movies have a message, and that he is often concerned with history. And then other times, we’ll talk about the relationship of history to his own films, and his lifelong interest in history, and also his politics, and how important his politics are to his movies, and how annoyed he is that other filmmakers aren’t as politically engaged as he is.

So I feel like he’s a very conflicted guy, and there are a lot of areas where he’s contradictory, conflicted, and he’s one way on one page, and then you turn the page and he’s somebody else. 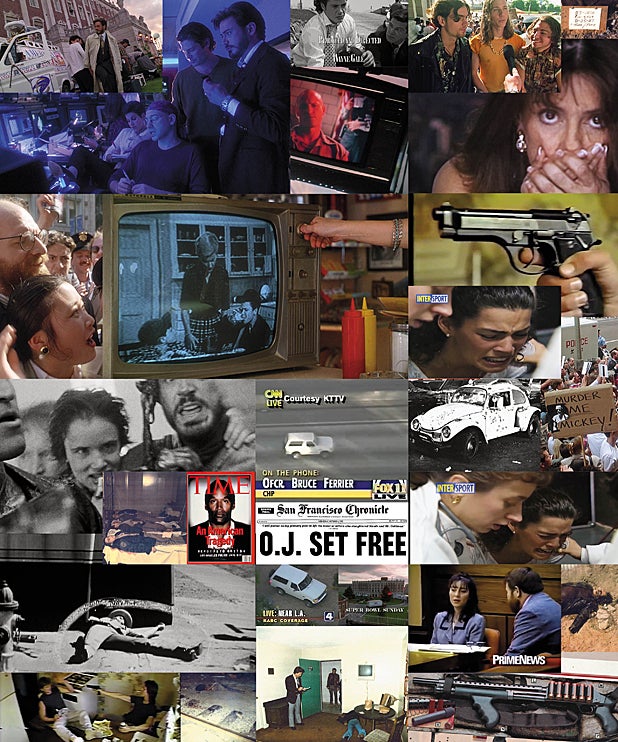 As a film critic, can you still review new films by Anderson and Stone, or have you gone in too deep?
No. I never felt comfortable reviewing the films of Wes Anderson because I’ve known the guy since 1993, when we were both in our early 20s, when I was barely a journalist and he hadn’t made a feature film yet. So I’ve always been pulling for Wes, I’ve always been in Wes’ corner as a booster.

With Oliver, it’s different. I have reviewed Oliver Stone films, including “Natural Born Killers,” which I like quite a bit now — I think being older and having life beat the s— out of me made me appreciate that movie more. I gave that a negative review for the Dallas Observer, and it turns out Oliver not only remembered that review, he surprised me by quoting a line from it when we were talking. He likes to do that, he likes to mess with my mind and surprise me with things.

I can never review an Oliver Stone movie anymore because I’m in too deep with him. He’s actually my friend now. It’s such a strange thing to say — 15-year-old me could never have envisioned a scenario where he sees me wearing shorts and a T-shirt and a baseball cap and sneakers and he crosses the street and says, “What the hell are you wearing?” And he put his hand on my shoulder and said, “Matt, seriously, don’t ever go out in public dressed like this again.”