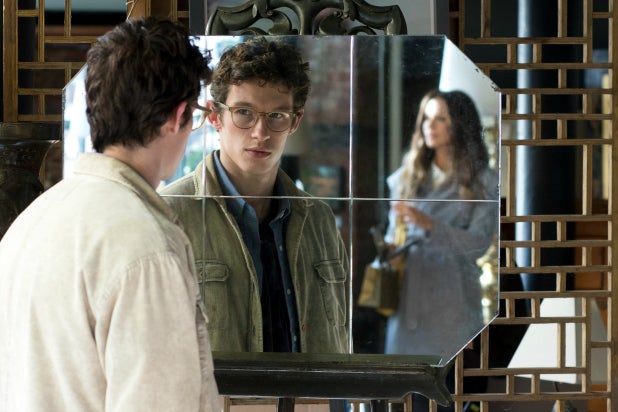 Bad-movie lovers tend to be strict auteurists, following the careers of directors like Uwe Boll, Tommy Wiseau or Michael Bay from one catastrophe to another. Once again, however, screenwriters get short shrift, and anyone focusing on the director’s chair will be missing out on the work of Allan Loeb, a writer who has, in the course of one year, delivered a trifecta of utterly artificial fake-deep dramas that are must-sees for connoisseurs of the cinema’s best-worst.

December gave us Loeb’s “Collateral Beauty,” in which Will Smith stacked dominoes, argued with Time and Death, and tried to find deep meaning in the film’s clunky title. Earlier this year came “The Space Between Us,” where a fragile human boy living on Mars travels to Earth to find his true love, whether or not his skeleton can handle it.

And now there’s “The Only Living Boy in New York”; even though this new turkey avoids the fantasy and sci-fi elements of those previous films, it’s pure Loeb all the way, from the consistently unbelievable dialogue to his favorite screenwriting device, the “shocking” third-act reveal that proves more ludicrous than illuminating.

There’s an art to making audiences care about the problems of glossy Manhattanites who are suffering photogenically in their Architectural Digest-ready apartments, but neither Loeb nor director Marc Webb (“The Amazing Spider-Man”) seems to have the first idea of how to make these characters anything but insufferable.

Our ostensible hero is Thomas (Callum Turner, “War & Peace”), a whiny post-adolescent who revels in supposedly pithy observations along the lines of “New York’s most vibrant neighborhood is Philadelphia.” He’s drifting through life, kvetching over the fact that the beautiful Mimi (Kiersey Clemons, “Dope”) is too smart to get involved with the likes of him. His publisher dad Ethan (Pierce Brosnan) wants Thomas at least to move back into the family’s palatial flat, mainly to be close to mother Judith (Cynthia Nixon), whose supposed fragility is the subject of far too many scenes.

Around the same time that the boozy, mysterious W.F. (Jeff Bridges) moves into Thomas’ Lower East Side apartment building and becomes the kid’s father confessor, Thomas spots Ethan stepping out with his mistress Johanna (Kate Beckinsale). (The affectedness of that aspirated “h” makes a perfect metaphor for this entire production.) Johanna quickly catches the kid stalking her, but in no time they’ve become lovers, despite the fact that she hasn’t broken things off with Ethan.

In true Loeb fashion, there are unsurprising surprises and unearned happy endings ahead for this crew, but along the way we must endure countless sequences of Big Apple literati (played by the well-cast likes of Wallace Shawn and Debi Mazar) waxing nostalgic on how great the city used to be before it lost its soul, blah blah blah. Worse still is that the movie makes Thomas its title character — and oh yes, people say that title aloud, more than once — simply because he too makes these observations, as though they weren’t currently being expressed in every coffeehouse in the East Village.

This is a movie full of characters you would walk away from at a cocktail party, engaging in the flattest brand of smart banter imaginable. The excessive narration by Bridges kicks off with an observation about how young people always declare their love in the because they saw it in movies; that idea would hold more weight if “The Only Living Boy in New York” didn’t open up the clouds every time something remotely dramatic happens.

Turner is an engaging actor, but here he relies too much on a pair of eyeglasses that he clearly thinks are Clark Kent-ing his Superman-liness. Generally speaking, the cast far outshines the material, particularly Beckinsale; history will mark that she deserved every award under the sun, including the Nobel Prize for Chemistry, for her work in “Love & Friendship,” but here she’s reduced to a pneumatic intellectual fantasy figure.

Cinematographer Stuart Dryburgh (“Gifted”) shoots the film handsomely, but finds no texture or light we haven’t seen in a thousand other movies about privileged New Yorkers. Still, he’s blameless here. And so are Simon & Garfunkel, whose song will long outlive the movie that borrowed its title.