After a very long hiatus following its first season, “The Other Two” is finally debuting its second season later this month. On Wednesday, HBO Max — the new home of the former Comedy Central series — released the trailer for the upcoming episodes, which see siblings Cary (Drew Tarver) and Brooke (Heléne Yorke) play second fiddle yet again, but this time not to their famous brother, Chase Dubek (Case Walker).

Nope, now it’s their mom Pat Dubek (played by Molly Shannon) who is hogging all the spotlight from her desperate-to-be-famous kids.

Per HBO Max’s description for Season 2 of “The Other Two”: With their pop star brother, ChaseDreams (Case Walker), officially entering retirement at the ripe old age of fourteen, Brooke and Cary (Heléne Yorke and Drew Tarver) must now contend with a new famous family member: their 53-year-old mother Pat (Molly Shannon), and her eponymous daytime talk show. Humiliated at being The Other Two yet again, they double down and make it their mission not to be. 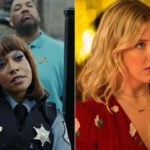 Also Read:
‘South Side’ and ‘The Other Two’ Move From Comedy Central to HBO Max for Second Seasons

Also Read:
‘The Other Two’ Star Heléne Yorke on Finding Her Comedy Style While Working With ‘SNL’ Vets and ‘Like, 400 Props’ (Video)

“The Other Two” will launch the first to episodes of its second season Thursday, Aug. 26 on HBO Max. The remaining episodes of the 10-episode Season 2 will roll out like this: Two new episodes weekly on Sept. 2, Sept. 9 and Sept. 16, leading up to the final two episodes of the season on Sept. 23.