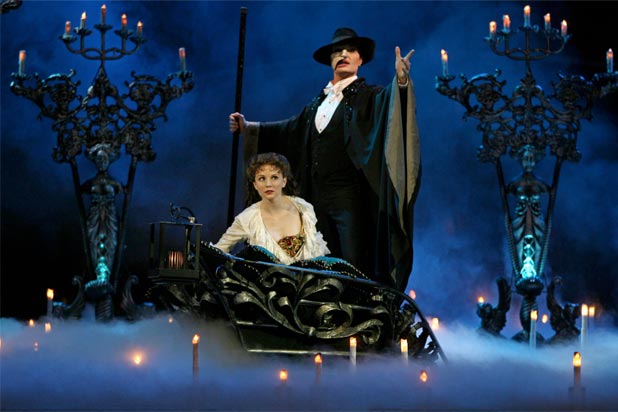 The rock opera played for nearly 34 years in London and spawned a Tony-winning Broadway production that has run for 32 years and 13,370 performances until the pandemic shut down theaters in both cities in March. A rep for the Broadway production of “Phantom” did not respond to a request for comment on its status.

“Andrew and I have had to sadly permanently shut down our London and UK touring productions of The Phantom of the Opera, but are determined to bring it back to London in the future,” Mackintosh wrote in a column in London’s Evening Standard, noting that all eight of his West End theaters were operating before the shutdown and playing hits like “Hamilton,” “Mary Poppins,” “Les Misérables” and “Phantom.”

Lloyd Webber also tweeted a pledge that the production will make a return. “As far as I’m concerned Phantom will reopen as soon as is possible,” he wrote.

“As by far the largest independent employer in the West End it is not surprising that as both theatre owner and producer, with no outside investors, I’ve taken a huge financial hit,” he wrote.

He lamented his need to lay off actors, musicians and stage personnel as well as 60% of his production staff and called on the British government to provide financial aid to the theater community as pandemic-related theater shutdowns drag on.