(This review of “The Power of the Dog” was published on Sept. 2 after its premiere at the Venice Film Festival.)

Told in a mode of modest grandeur, a character-driven period piece set in a remote place, “The Power of the Dog” returns director Jane Campion to feature filmmaking more than a decade after “Bright Star.” Rural Montana in 1925 (though actually shot in her native New Zealand) hosts this drama of secrets, romantic ambivalence, and macho pain, adapted from Thomas Savage’s 1968 novel.

The rugged landscape also provides Campion’s first male protagonist: Phil Burbank (Benedict Cumberbatch), a mean-spirited cowboy bursting at the seams with the weight of the person he doesn’t want to be. Signaling a saga of the uncanny, Jonny Greenwood’s stringy score tinges the air with mysterious atmosphere as the story opens on Phil and his brother George (Jesse Plemons), a sensible man much less concerned with performing virility. The well-to-do pair are also business partners in charge of livestock; an early shot of two of two animals bumping heads sums of their aggrieved relationship.

There’s an unvoiced schism between the siblings, with George distancing himself from his crass elder. The emotional abyss that separates them only grows when small-town restaurant owner Rose (Kirsten Dunst) and her mild-tempered and science-oriented teenage son Peter (Kodi Smit-McPhee) become George’s new family. Peter’s first encounter with Phil exhibits the adult’s disdain for the boy’s delicate features and mannerisms.

Also Read:
Benedict Cumberbatch Is a Menacing Cowboy – and a Great Whistler – in ‘The Power of the Dog’ Teaser (Video)

Campion revels in the vastness of the mostly amber-colored pastures, in posing troubled individuals against the immensity of the untamed land and the mountains that frame it. Their abode is palatial, a home with ample chambers where there’s always too much distance between people for anyone to truly get to know one another. That’s a notable transition from Rose and Pete’s small quarters, a contained life that worked well for them. The moment the boundaries of their domain expand, so do their troubles.

Auspicious in its movement, the camera floats through these settings, obeying cinematographer Ari Wegner (“In Fabric”) to catch men on horseback or residents sneaking around to hide or witness an indiscretion. The construction, though it allows for some extra complexity, reassembles a string of unfinished thoughts. George’s presence dominates early on, but by the second act his influence in the conflicts diminishes greatly, as the story turns into a three-way battle of silences and mind games between Pete, Rose, and Phil.

In seemingly throwaway lines of dialogue, Campion pumps exposition into the scenes. That’s how we learn of Phil’s decision to step away from intellectual pursuits (having been a scholar of Latin and Greek) to nose-dive into hyper-masculinity and to portray the image of the rugged American rancher covered in ”good dirt,” the kind that comes from manual labor under the sun. He reeks of sweat and animal scent but refuses to shower, perhaps convinced his rancid smell enhances the manliness he wants to project. It keeps people away, those who might see through his façade. Campion introduces an air of eroticism in the luminous presentation of male bodies in nature that seems to further alienate Phil and in turn Pete, an outsider on multiple levels. 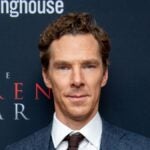 When Phil finally does come into contact with water, he refuses to wash or playfully tussle around in the river with the rest of the naked farmhands. As so most of the themes in “Dog,” Phil’s desires lie under the skin, but Campion’s rendering of Savage’s text adorns this labyrinth of affections unuttered with enough concrete touches for one to infer the undertones. In spite of certain structural choices that aren’t as conducive to the impact of the story, the director stages several instances so intensely charged with conflicted sentiments to remind us of her undeniable craft calibrating her actors’ modulation of a scene.

With Smit-McPhee’s Pete, Campion bets on his immutable poker face; the young actor is terrifyingly remarkable. Looking at this prism of the American male from any angle, what it shows is an inability to communicate inner needs. That also goes for George, who cries with joy thinking loneliness will no longer plague him with Rose by his side, which adds another reason why Phil is bent on destroying this picture of normalcy. Taunting Rose’s musical pursuits and mocking Peter’s “sissy” behavior give him the upper hand to regain control once they’ve moved in.

A formidable Dunst, also making her grand re-entrance into cinema after a few years away, melts into the part of a woman weakened by harassment and driven to alcoholism. Rose’s mounting irrationality and physical infirmity, the more time she spends in that house alone, pour out of the actress with a muted force. She is a flower withering in real time. A monologue delivered between tears and laughter bears her fears and powerlessness, offering Dunst a fertile moment to impress with her striking commitment. Indigenous people play a disappointingly minuscule part in “Dog,” compared to their presence in the director’s Oscar-winning “The Piano,” but the one scene in which they are seen and not merely talked about is in opposition to Dunst’s Rose in a pivotal event. 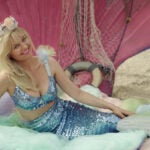 Also Read:
‘On Becoming a God in Central Florida’ Canceled by Showtime Due to COVID-19

Cumberbatch wrangles an earth-shattering performance, perhaps his best ever, with an excessive bravado that seems to consume Phil from within. The intolerable fire of his repressed truth comes out as resentment. It’s only in the comforting memory of Bronco Henry, a mentor who taught him the ropes of roping and who likely passed along the ability to hide in plain sight. No flashbacks are necessary, as these would break the spell of what we don’t see but can nonetheless read between the lines.

The actor manifests a malleable persona, superficially rigid but softer in the face of kindness, more notably when he tastes the hope that someone might comprehend his tortuous preoccupation. It’s in the discovery that another person besides him and Bronco can see a figure in the shadow cast by distant rock formations that he feels seen. For Phil, the revelation is momentous and eventually devastating, and Cumberbatch knows precisely how to bring his persona from apparent calmness (a rehearsed image of control) to the verge of a breakdown with believable potency.

The most rewarding moments come late in the film, when Phil decides to take Pete under his wing; allegedly, it’s to rid the boy of his effeminate demeanor, not as a father figure afraid of Pete’s potential homosexuality but as someone who recognizes himself in his nephew. Phil thinks he’s saving him, but that plan and his affection may not lead to the desired results. In their riveting exchanges hides the dynamic of a man condemned by his circumstances and an executioner putting an animal out of its misery. When the neck of an injured rabbit is snapped, another life is given its sentence.

Anchored on a psalm that speaks to the idea of a clear enemy bent on causing harm, Campion’s latest film stretches the limits of morality, preventing us from fully siding with any of the involved parties. For a movie that appears to stop and start as it shifts its focus a few times too many, denying us longer introspection into its most magnetic man-to-man rapport, “The Power of the Dog” thrives on having actors so submerged in the fiction that they are creating a reality. Their subcutaneous labor translates what’s unsaid into fleeting but telling gestures.

“The Power of the Dog” opens in U.S. theaters premieres on Netflix Dec. 1.