HBO Max has delayed the debut of Gary Janetti’s animated series “The Prince” following the April death of Prince Philip.

“We were saddened to learn of Prince Philip’s passing and will adjust plans for the series debut,” a spokesperson for HBO Max said in a statement. “A new date will be announced at a later time.”

Technically, there was no date set — at least not publicly — though the cartoon was expected to bow in late spring. But days before Philip’s passing, Janetti posted a teaser to Instagram stating his streaming series was “coming soon.” 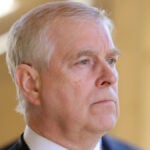 Based on Janetti’s popular Prince George parody Instagram account, “‘The Prince’ is a biting, satirical look at the life of Prince George of Cambridge, the youngest heir to the British throne, as he navigates the trials and tribulations of being a royal child,” according to HBO Max.

As you might expect, the show is not meant to depict Prince Philip in the most glowing of lights. He doesn’t look so good — pictured above, right — next to voice actor Dan Stevens, who also plays Prince Charles (left), in the animation.

Here’s the logline: “Before George rules Britannia, he’ll be laying down his own laws in Gary Janetti’s comedic take on the future King of England’s childhood as seen from the prince’s own point of view. Because his succession isn’t coming any time soon, in each episode George will find his path in life as a young prince in modern times – from the 775 rooms of Buckingham Palace to his family’s sea of corgis to primary school with commoners. The Prince also features notable characters in George’s life such as his parents the Duke and Duchess of Cambridge, his fourth-in-line-for-the-throne little sister Charlotte, his modern Aunt Meghan and Uncle Harry, his great-grandad Philip, and – who can forget – his Gan Gan Elizabeth.” 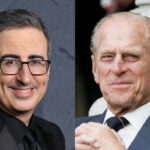 THR first reported the news of the delay. 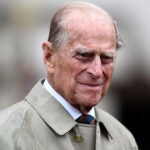