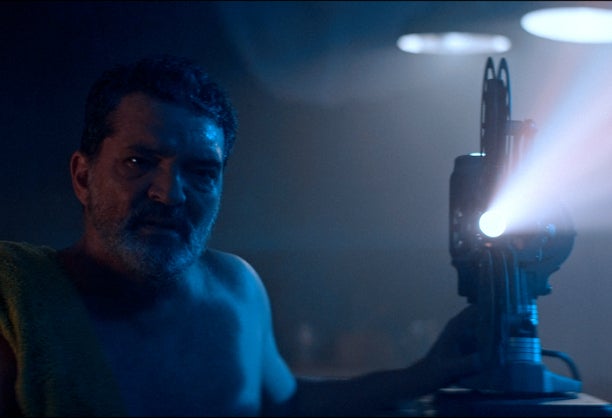 Celluloid romanticism and 35mm nostalgia aren’t merely exploited to validate cinematic purism in Dominican director José María Cabral’s most accomplished feature to date, “The Projectionist,” which had its world premiere at the Miami International Film Festival. Instead, the tangible format is put at the service of a fiction that is cleverly intuitive about the narrative value of analog technology and conscious of the socioeconomic situation of its location.

Showing greater stylistic ambition, this substantially more mature work differs from Cabral’s previous drama, “Woodpeckers” (which screened at Sundance 2017), in that the filmmaker suppresses melodramatic outbursts, exchanging them for more symbolic and subdued character construction. Relationships in “The Projectionist” are not grounded on survival instincts, unlike in his last movie, about a prison love triangle. On the contrary, unresolved conflicts and ambiguous attractions take center stage.

Resourceful but lonesome Eliseo (actor-filmmaker Félix German) honors his late father’s laborious film-developing profession by traveling the country on his “Guagua del Cine” (Bus of Cinema) to screen movies outdoors in isolated communities that lack access to entertainment. His operation would make Nolan, Tarantino and Paul Thomas Anderson swoon: He projects only on 35mm and firmly rejects any suggestion of a digital upgrade.

That plot alone could result in a feel-good, culturally specific road-trip adventure with a noble purpose. What elevates its emotional resonance is Eliseo’s unspoken and innermost chaos, which borrows psychological notes from Greek mythology. An embittered man, he blames his dissatisfaction on the changing world outside. At home in solitude, he interacts with old 16mm reels showing an unknown woman, whom he’s baptized as Koda, posing erotically for the camera.

These sessions play with light, perspective and the intangible vividness of images on screen to create an illusion of intimacy between Eliseo and his ethereal lover. He talks to her as though she were physically present and dotes upon her well-being with utmost sincerity, unaware he appears nearly delusional. Elucidating Cabral’s multilayered and meta approach, these metaphysical conversations work for both the character’s fulfillment and the amusement of the spectator.

It’s a film about a film projectionist who projects his emotions onto the homemade films he projects for himself, while making a living projecting commercial films for the enjoyment of others. Pushing this inception further, Cabral cast German, a noted director in his own right, to play the lead. At some point German’s fictional character in “The Projectionist” is promoting a screening of one of the features he directed in real life: 2005’s “The Curse of Father Cardona,” starring Zoe Saldana.

Even if motivated by a similar nostalgia, “The Projectionist” is not “Cinema Paradiso,” a facile comparison that will surely be made. Cabral’s take on rural cinephilia grounds itself in the issues pertinent to his country today, such as widespread economic inequality.

Though less pronounced than in “Woodpeckers,” here the artist also hints at the controversial relationship between the Dominican Republic and Haiti, nations that share the Hispaniola island, by having Eliseo’s spontaneous and assertive assistant Rubí (played by first-time actress Cindy Galán) host a screening on a bridge that divides them. That moment shows Cabral making an unsentimental point about the unifying power of cinema through an underlying political statement.

Subverting expectations up until its open-ended conclusion, “The Projectionist” doesn’t take the easy route when it comes to Eliseo and Rubí’s friendship; even the slightly unnecessary sexual scenes avoid clichéd assumptions. Their bond is closer to that of an unwanted apprentice and her grumpy teacher than anything else. One is a free-spirited hustler running from a dead-end life, and the other an immutable force gravitating toward his ominous secrets. Galán brings sharp effervescence to balance German’s somber determination.

There’s a lot to love about “The Projectionist,” above all the way it celebrates the medium as a function of its characters rather than just writing a love letter to a dying craft. Its climatic revelation is sophisticatedly written to employ analog devices as vehicles of memory. Cabral ditches traditional flashbacks for a brilliant sequence that brings the past into a physical space in real time. Its construction echoes the feeling of a ghost story and clarifies how thoughtfully he has assembled this story.