“The Real World” is getting new life on Facebook Watch, and on Thursday, the streaming platform released the first trailer for the new version of the iconic MTV reality series.

Described as a “reimagined” take on the groundbreaking original, Facebook’s new “Real World” will operate with the same basic premise — seven strangers picked to live in a house to find out what happens when people stop being polite and start getting real — but will also incorporate elements of the social media platform, with additional content to be released through a Facebook group and on Facebook Stories between full-length episodes.

Judging by the trailer, the rebooted version, set in Atlanta, will not shy away from issues like religion, sexuality, race and immigration. One of the roommates shares that she’s a DACA recipient. Another identifies as a proud Republican. A white roommate is challenged for not being outspoken enough about racial issues.

“MTV’s The Real World” will debut on Facebook Watch on Thursday, June 13. Scenes will be released Monday through Wednesday, as well as on Facebook Stories throughout the week. Full 30-minute episodes will be made available at 9 a.m. PT/12 p.m. ET on Thursdays.

It is planned as one of three seasons to air simultaneously around the globe, with additional seasons planned for Mexico and Thailand.

Read full bios for the cast below. 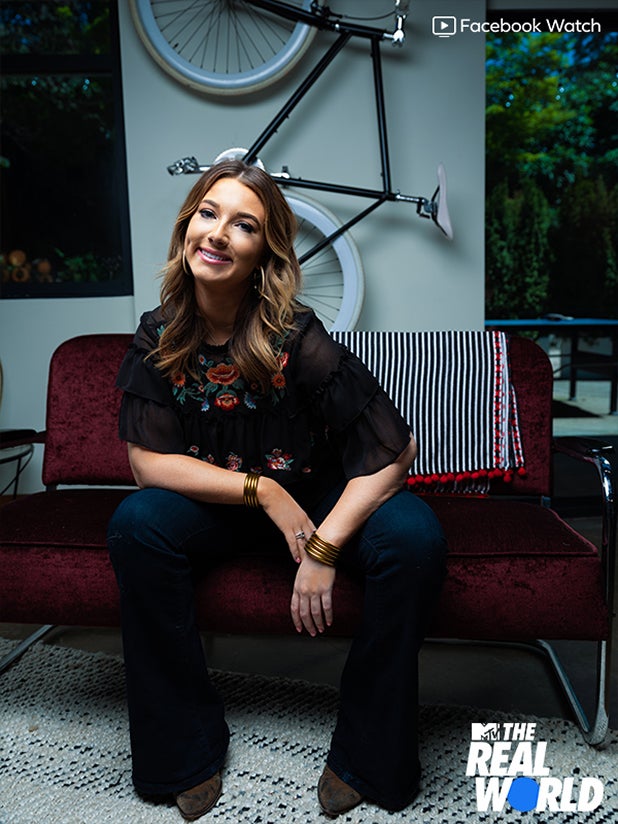 Meagan, 23 (@meagan_melancon)
Meagan is from Louisiana and credits God and her deep-rooted Catholic faith as her pillars of strength, but still struggles with issues of self-confidence and anxiety. She is still a virgin and believes that waiting until marriage is for the best. Her stance has made dating a challenge, but Meagan hopes her experience in Atlanta will allow her to face her fears, embrace herself, and learn more about other people from different walks of life. 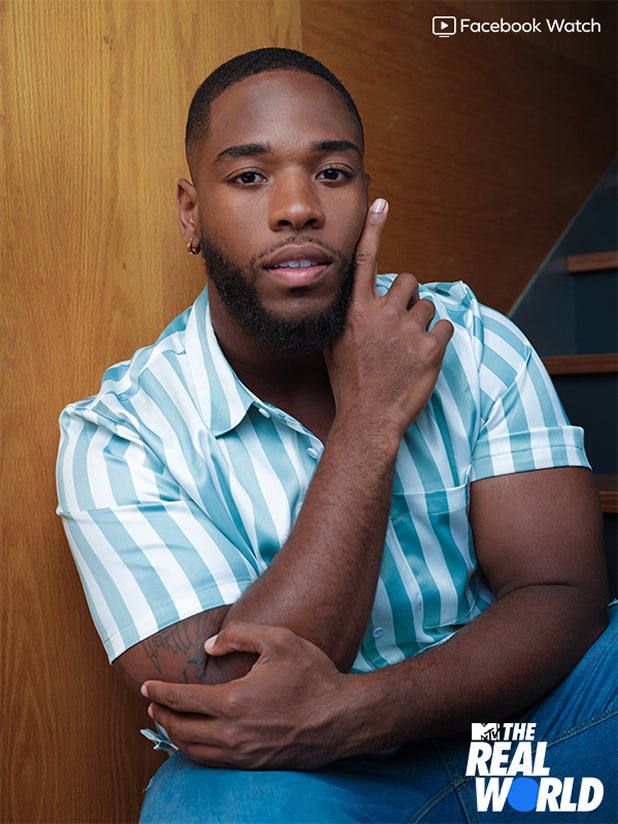 Dondre, 25 (@DearDondre)
Dondre is a staunch, conservative Texan who is confident in expressing himself and his political views. As a pansexual person, Dondre is on a journey of coming out and revealing his sexual orientation to his friends and family. A proud Republican, Dondre believes in the American dream. He is a Trump supporter and an advocate for the second amendment, even after losing a brother to gun violence. Dondre is still discovering what it means to be a Black man in America. 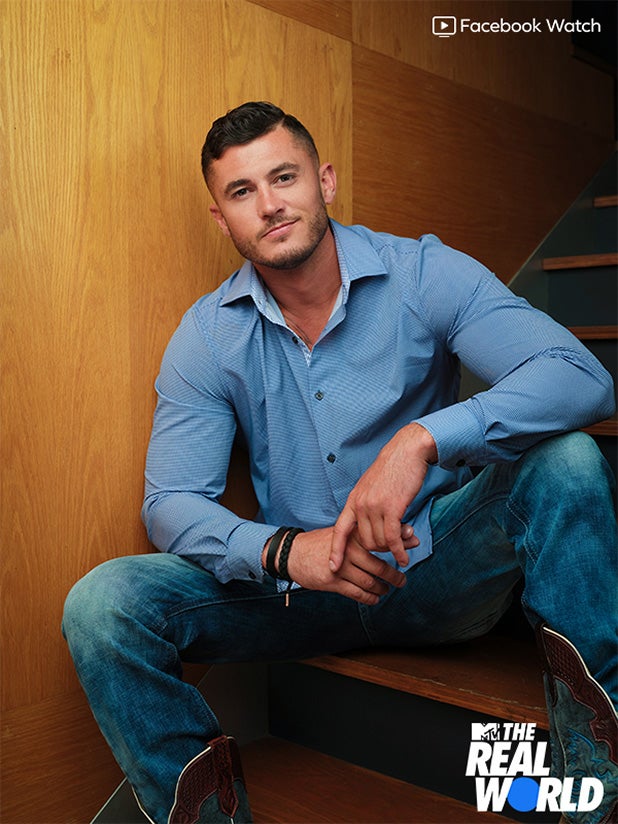 Clint, 28 (@eastwood100)
Clint is from Michigan and has lived in a small-town bubble his entire life. With good looks and over 130K followers on Instagram, he has no problem getting attention wherever he goes. Growing up in a strict conservative household rarely allowed Clint to explore life beyond the family farm. He’s expected to follow his father’s footsteps and carry on the farm business with a family of his own, but before that, he hopes to explore a life he’s never known on The Real World. 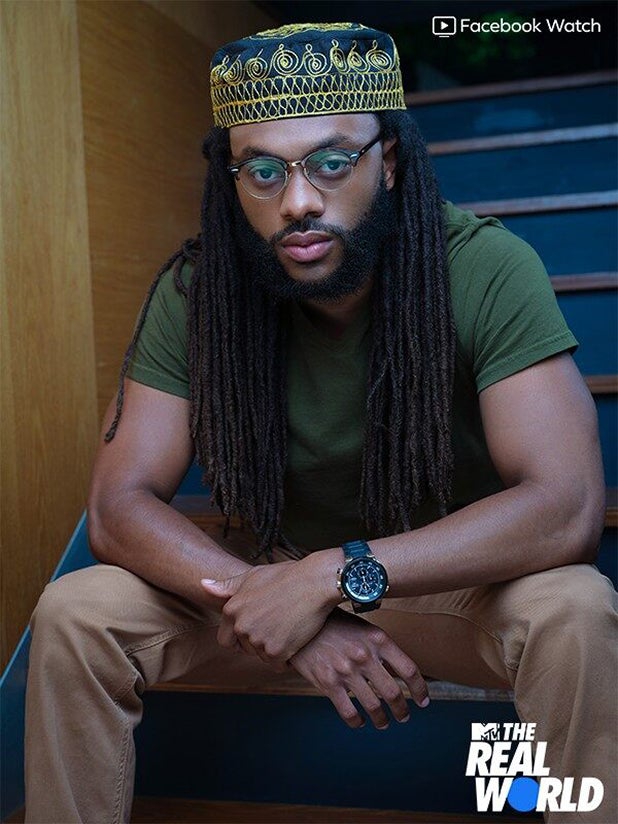 Justin, 26 (@justinblu_)
Justin is a bold and emerging leader in Atlanta’s Black Community. He is pursuing a master’s degree in African American Studies from Georgia State University, although his life purpose wasn’t always clear. It wasn’t until he was racially profiled by police that he decided to dedicate his life to uplifting the Black community. Justin also faces the challenge of maintaining a longdistance relationship with his long-term girlfriend. 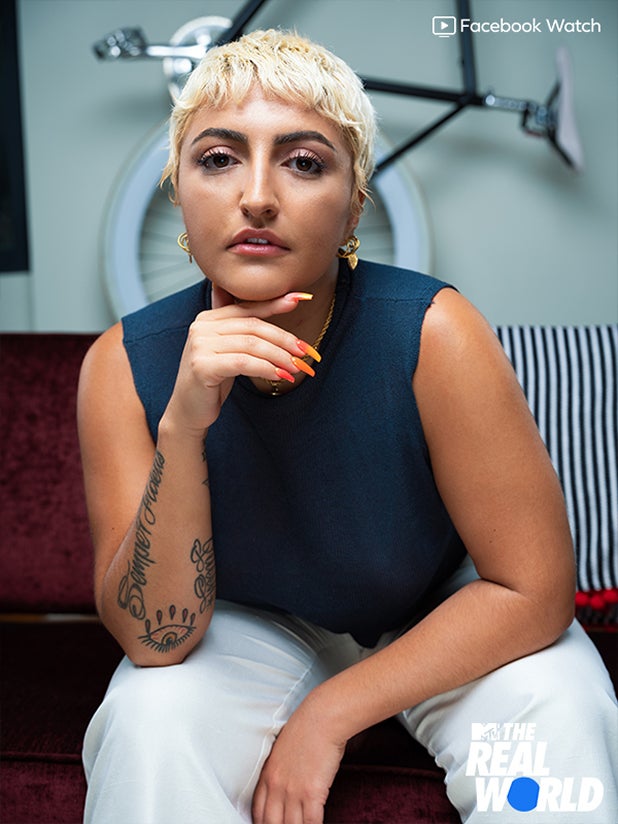 Yasmin, 27 (@yassayassayassa)
Yasmin is an openly pansexual feminist who believes her calling in life is to express herself. Growing up in Seattle with the Christian ideals of her mother, and Muslim values of her father, she has now pushed any conservative views aside. Yasmin models and supports body positivity organizations, but after her own brush with the law she works as an art teacher in a youth detention center hoping to help others. 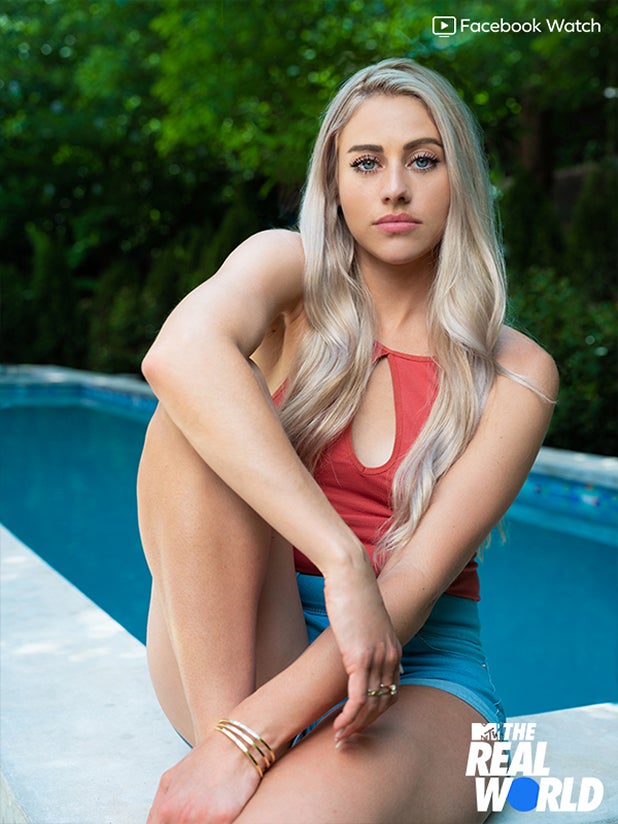 Tovah, 26 (@TovahMarx)
Tovah is an independent West Coast girl. After suffering severe trauma in her teen years, she keeps her guard up and uses humor to protect herself. Passionate about foster children, Tovah has worked as a caseworker for Child Protective Services and dreams of one day opening her own foster home. Tovah wants to make real, lasting connections and hopes to leave this experience with new friends, and possibly love. 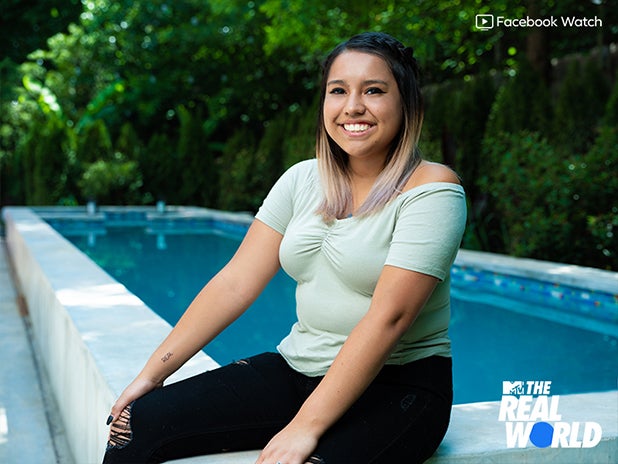 Arely, 21 (@_arelyyy)
Arely is from the Midwest, and in addition to being the youngest housemate, is also a single mother to a 4-year-old son. As a toddler, Arely came to America from Mexico with her parents. At 16, Arely became pregnant and began to realize the challenges of being a teen mom. She always imagined a life as a registered nurse, but found she was unable to take her nursing exam due to her status as a DREAMer. After years of hard work and sacrifice, Arely is ready for adventure and new opportunities.