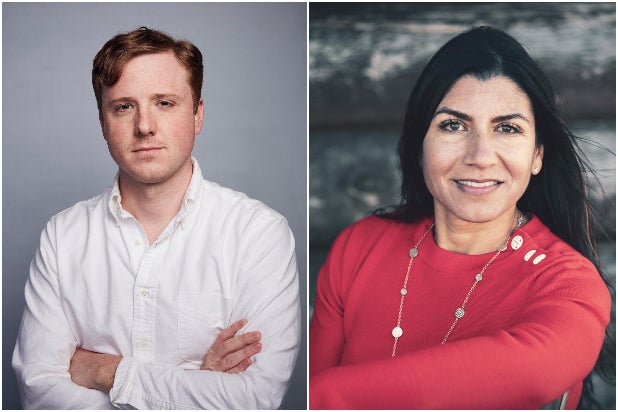 Robert Redford’s The Redford Center has elected both Dylan Redford and Jannat Gargi as co-chairs to its Board of Directors, the environmental nonprofit organization announced Thursday.

Dylan Redford is the son of the late James Redford, the co-founder of the organization who died at 58 last month. He joins Gargi, a co-chair since 2019 and vice president and head of documentaries for Vice Studios.

Together Redford and Gargi will lend their expertise to The Redford Center’s goal of producing impact-driven film and media in the fight for environmental justice, protection and repair.

“I am honored to be working alongside Jannat Gargi and the distinguished leaders of The Redford Center to further execute the mission set forth by my father and grandfather,” Dylan Redford said in a statement. “As a young filmmaker, my goal is to inspire the next generation of storytellers and drive the immediate action needed to protect the environment.”

“Having the honor and privilege to serve as co-chair alongside James Redford for the past year, I have seen The Redford Center’s immense impact firsthand, supporting and facilitating the production of important and necessary projects such as #PowerTheVote, The Stories Project and ‘Happening: A Clean Energy Revolution,'” Gargi said in a statement. “I am thrilled to welcome Dylan Redford as my co-chair as we lead the organization into its next phase of monumental growth and action.”

Redford and Gargi will work closely with executive director Jill Tidman, newly-appointed board treasurer Jeffrey W. Ubben, board secretary Jonathan D. Kaufelt and existing board members in furthering the vision of co-founders James and Robert Redford.

This year, The Redford Center embarked on a “Legacy Campaign,” a $25 million fundraising initiative aimed at environmental activism and specifically how storytelling can illuminate issues, shift perspectives and inspire solutions.

The Redford Center also hired as deputy director Jen Leung, a former climate director at WildAid and country director for the American Bar Association’s Rule of Law Initiative in China.

Dylan Redford is a writer and director who most recently directed the short film “Emergency Action Plan” that debuted on Vimeo on Monday. He also worked on the Redford center Grants program and its #PowerTheVote campaign.

Gargi oversees Vice Studios’ documentary projects and leads programming strategy and content development, including for films such as “Moments Like This Never Last” and developed and produced a slate of films that includes “Body Team 12” and “STEP.”