(Warning: This post contains spoilers for Episode 503 of “The Resident,” titled “The Long and Winding Road.”)

Fans of “The Resident” were prepared well in advance for Tuesday’s episode featuring the exit of series regular Emily VanCamp, but it didn’t make watching the way her nurse-practitioner character, Nicolette “Nic” Nevin, was written off the Fox medical drama an easier pill to swallow.

The hour, titled “The Long and Winding Road,” opens with Conrad Hawkins (Matt Czuchry) speeding toward Chastain in a hurry to get to the hospital’s helipad to meet his wife, Nic. It turns out the reason the police who arrived at his doorstep at the end of last week’s episode, while he was holding baby Gigi and awaiting the imminent return of her mother, were there was to inform him that his wife had been in a terrible car accident on her way home from an overnight spa retreat, and Conrad wasted no time in getting to her.

When she arrives, we learn some rough stuff about just how bad Nic’s situation is: She was in a single-car collision with significant damage to the driver’s side, she has a GCS 3 score on the Glasgow Coma Scale (which isn’t great), the police don’t have a cause for the accident, no other vehicles were present at the scene, there was no inclement weather, and she’s in critical condition. 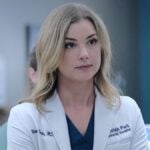 Things don’t get much better as Nic is brought into the ER, where her friends and colleagues run many tests to find out could have caused the accident (her tox screen is clear, so there was no alcohol in her system), and how they can save her now, with Conrad refusing to believe that this is an impossible task.

Unfortunately, the pressure in Nic’s brain is too high and they can’t seem to bring it down unless they put her into a medically induced coma, something Conrad is terrified to do because that means if she dies in that state without ever being conscious again, he will never get to say goodbye.

It’s soon up to Devon (Manish Dayal) to conduct a test to see if Nic’s case is actually survivable, by unhooking her breathing tube for eight minutes in an attempt to get her to breathe on her own. When the test fails, it’s confirmed Nic is brain dead and will never wake up. 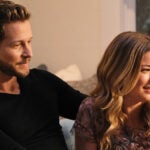 Also Read:
Fox Scripted Chief on Emily VanCamp’s ‘The Resident’ Exit, How Nic Will Be Written Out of Season 5

Conrad is heartbroken, but says “being hooked up like this was her idea of hell and I wouldn’t do that to her,” so he is going to pull the plug in honor of Nic’s decision, which will allow her organs to be given to eight critical patients in need, including a man whom Nic treated personally who needs a trachea transplant to help him survive the long-term effects of COVID-19.

Nic’s father, Kyle Nevin (Corbin Bernsen), begs Conrad not to do this and tells Conrad he will never forgive him, seeing as Kyle has already lost one daughter. Still, Conrad pushes through with his decision, bringing baby Gigi in to see her mother one last time before she dies.

The closing moments of the episode show Conrad walking alongside his unconscious wife on a gurney toward the room where her life will be ended and her organs taken out, as her friends and colleagues look on and have flashbacks to their most important moments with Nic.

Later, after Nic’s locker has been covered in notes and flowers in honor of the nurse practitioner’s commitment to her work, even in death, Nic’s organs are flown off in a helicopter as Gigi and Conrad watch from outside the hospital.

News that Emily VanCamp would be leaving “The Resident” during its fifth season broke at the end of August. “The Falcon and the Winter Soldier” actress asked to exit the show for a variety of personal reasons following ongoing discussions, and the writers had time to work her farewell into Season 5 just as the scripts were being broken over the summer.