On Friday, everything changed in “Lord of the Rings: The Rings of Power” when worlds collided and light battled darkness.

(Spoiler alert: This article addresses plot points from the most recent episode of “Rings of Power” on Prime Video.)

Humans, elves and Númenóreans came together in a fierce battle against Adar and the Orcs. Ismael Cruz Córdova, who plays the elf Arondir, said preparing for the battles in Episode 6, “Udûn,” was a lengthy process.

“I was training a lot for that,” he told TheWrap. “The training was ongoing for over a year, this precise episode. … You know that berserker, when I battled that tall thing – the tall orc?  That was maybe two or three months training because I was very involved in creating the battle as well as that fight. And I wanted to make it a specific thing. 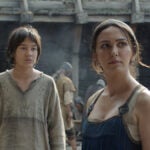 “We were going through fighting beats, and there’s always a story. It’s the moment where our hero can die,” he continued. “[I]t was very important to show that he’s not above actually dying. I mean, elves are eternal, as long as they don’t get killed. So it was important to put that in there.”

Friday’s episode was the most action-packed of the series so far, and the coming together of the characters who – until this episode – were in far-off lands in Middle Earth made it all the more rewarding.

“It was one of the first times that the worlds started colliding, which [was] super exciting for everyone. But for us, as the cast, we had been living in New Zealand already by that point for like a year-and-a-half together – almost two years,” he said. “A lot of us just knew each other as friends and as neighbors. We knew that we were all doing the same show, but … we hadn’t seen each other perform. So when suddenly, you’re on the scene with like, Cynthia [Addai-Robinson) playing the Queen and Galadriel and Halbrand and all these people, it was so exciting. It’s your friends just being badass as hell.”

As those worlds collided, Arondir finally met and spoke (briefly) with the legendary elf Galadriel, who acknowledged his fighting skills.

“It’s a beautiful moment in terms of that, you know? He is, in a way, a lowly elf in the hierarchy. He’s just a soldier of the frontlines tasked to do a … a single thing only. There are these regal, legendary elves that have these political positions and are actual legends within the elf realm. So he was essentially meeting an idol,” Cruz Córdova said. “That was pretty cool.” 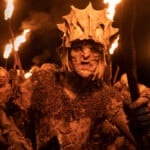 Also Read:
‘The Lord of the Rings’: Who Is Adar? Where You’ve Seen That Actor Before

Throughout the battle, Arondir never gave up. Across the season so far, he’s been the elf who stood up to the orcs when he was held captive; he stood alongside Bronwyn (Nazanin Boniadi) to encourage the humans to fight; he gave her hope when she had a moment of self-doubt. And when things were dire, Arondir battled on. Asked about what drives his character’s indomitable spirit, Cruz Córdova cited his character’s belief in hope.

“For the character, I think there is a curiosity that has helped him to have hope. … That is kind of a distinct human quality because elves are eternal,” he explained.

“And then I think he has the respect and admiration for humans and seeing how they are essentially powered by hope in these lives that are so brief,” Cruz Córdova continued. “I think it’s something that he gets to admire so much. And it’s a thing that carries him through – aside from the deep, deep love that he feels for this woman [Bronwyn], and the respect that he has for humans — I think he actually is a human lover, you know, in that sense.”

New episodes of “The Lord of the Rings: The Rings of Power” drop Fridays on Prime Video.