Neil Gaiman’s mythology-bending comic book series “The Sandman” is finally arriving on the screen courtesy of Netflix 33 years after it was first published in 1989. But the series, which debuts on August 5, is not the first attempt to translate Gaiman’s critically acclaimed best selling graphic novels. Instead, it’s the first to make it across the finish line thanks to the narrative and technological advancements the source material required of the television medium.

“What I needed above all else was a world in which you could take the first two volumes of ‘Sandman’ and make them into 10 episodes of high quality television,” Gaiman, who serves as an executive producer and writer on the series, told TheWrap.

“The Sandman” is a fascinatingly long and dense tale that doesn’t easily lend itself to straightforward adaptations. The comic series follows Morpheus, an anthropomorphic personification of Dreams, and one of the seven entities known as Endless alongside Destiny, Death, Desire, Despair, Delight and Destruction. The story mixes elements of magic, horror, history and all manner of religious and supernatural iconography. It packs a lot of commentary and imagination into its colorful pages. 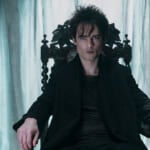 Multiple film and TV adaptations of “The Sandman” have been planned over the last 30 years. Warner Bros. has taken several silver screen stabs at the property since the 1990s, most recently with Gaiman and Joseph Gordon-Levitt collaborating on a film adaptation that stalled in pre-production.

“Mostly, people just talked about making ‘Sandman’ movies where you are trying to figure out the problem of taking 3,000 pages of story and telling it in 120 minutes, which is an awful lot like trying to put the ocean into a pint glass,” Gaiman said.

James Mangold (“Ford v. Ferrari”) and Eric Kripke (“The Boys”) both attempted to get a small screen project based on the material off the ground, though neither prevailed because the TV medium of 20 years ago is not the same landscape we enjoy today.

“There wasn’t actually a way to do this, to be this faithful and get that deep into the series,” Gaiman said. “There was a proposal for a network version of ‘Sandman, which was basically the Rose Walker adventures and Morpheus as a mysterious figure in the background who would show up from time to time and say things to her in her dreams. And it was like, ‘Well, let’s not do that, OK?'”

Ultimately, Gaiman was waiting for the time when television offered the robust resources necessary to properly represent such an ambitious and diverse scope — and was taken seriously as a storytelling medium capable of delivering high drama. Between himself, showrunner Allan Heinberg and executive producer/writer David S. Goyer, Gaiman feels that time has finally come.

“Now, we’re in a world in which we have Netflix,” he said. “We have the various other streamers with budgets and a will to make things that are fabulous. And they have been incredibly supportive of ‘Sandman’ all the way and now we are getting to show people what we’ve made.” 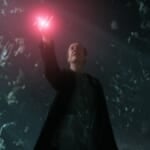 Also Read:
How Netflix’s ‘The Sandman’ Manages to Blend Multiple Genres, According to Its Creators