“The Terror: Infamy” — the second season in a horror anthology and the follow-up to last year’s story about the ill-fated expedition of the Northwest passage — began as a meticulously rendered historical drama about the U.S. government’s internment of Japanese Americans, with hints toward a larger supernatural mystery.

But by the end of its 10-episode run, “Infamy,” with no secrets left to uncover, had revealed itself as a much more intimate story about one immigrant family haunted by a tragic mistake.

Yuko (Kiki Sukezane) was revealed to be Chester’s (Derek Mio) birth mother, a Japanese picture bride whose life was cut short by an abusive husband upon her arrival in the country. All of the death and torment her spirit inflicted upon the Nakayamas and the people around them was an attempt to regain what she’d lost, namely her two young sons, but also the immigrant’s dream of a better life in America.

“We recognized in the writers room that there was a real opportunity in television that you might not have in a feature film, where you only have two hours and it’s one emotional experience and the ghost is just a ghost. You know, she climbs out of the television set and she kills them and that’s the story,” showrunner Alexander Woo said in an interview with TheWrap. “Here, where we’re telling a story that spans several years across 10 episodes, we had an opportunity to get into the humanity of the character.”

So Yuko got her happy ending. Through a combination of magic drawn from Japanese and Mexican folk traditions, her spirit was returned to the moment just before she left Japan, when her babies were still on their way and her dreams could still come true: A moment of joy and possibility that she can exist in for the rest of eternity. 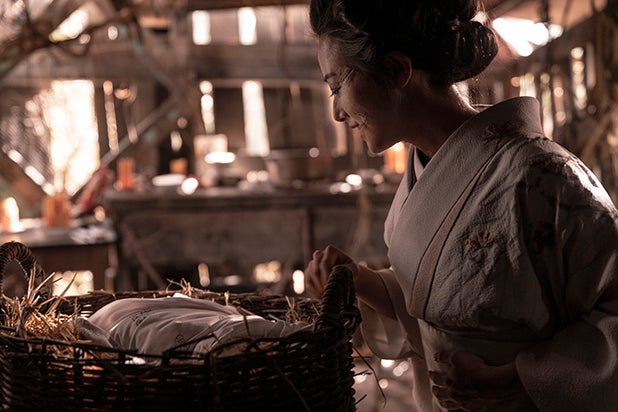 “It seemed to me like a real American solution to the problem,” Woo said of blending the two traditions.

In a previous interview, Woo described the season as an immigrant story at its core. A story that explores the experience of coming to the U.S. and attempting to build a life in a place where the ideal of the “melting pot” is sometimes a dream less-than-perfectly rendered.

“Chester’s story to me has always been about being able to reclaim some of his Japanese-ness,” he said. “But in the end, it really requires a whole combination of cultural influences. It felt like this great American story with a real American solution.”

Only one thread goes unresolved: What happened to Jirou? Chester’s ill-fated and long-lost twin brother was taken by Yuko to the “Kwaidan”-esque underworld earlier in the season, but now that his mother’s spirit is at rest, did he find his way out or is he trapped there forever?

“It’s so much Chester’s story all the way to the end, we didn’t want to just cut away to Jirou,” Woo said, explaining why we’re never given a straightforward answer about Jirou’s fate. But rest assured, the poor kid isn’t left to suffer for all of eternity.

“At the end of that funeral scene where Chester is holding his baby … a wind picks up,” he said, likening it to a much less ominous version of the gust that haunted a funeral early on in the season. “It’s back.” But this time, “with Yuko being released to that grove of the cherry blossoms, Jirou has been released and in spirit at least, is with Chester again.” 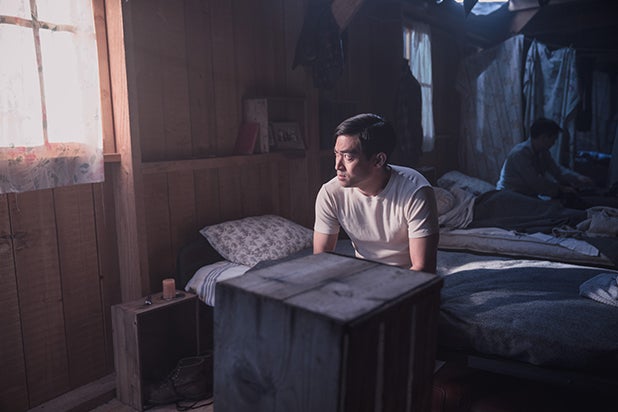 TheWrap: By the end of the season, we come to see a lot more of Yuko’s humanity. When you were mapping out the season, how did you go about developing her as a character?

Alexander Woo: We recognized in the writers room that there was a real opportunity in television that you might not have in a feature film, where you only have two hours and it’s one emotional experience and the ghost is just a ghost. You know, she climbs out of the television set and she kills them and that’s the story. Here, where we’re telling a story that spans several years across 10 episodes, we had an opportunity to get into the humanity of the character. And a ghost is by definition the spirit of a deceased person. So there was at some point a humanity there. And there was a story to that humanity. So since we had the time and the space to do it, we thought there was a great opportunity to show a real, sympathetic side to a character who’s been killing all the people we like so far. And some of the people we don’t like.

Do you think of Yuko’s ending as a happy one?

Very specifically for Yuko, I think it is. But I think we recognize that it’s a unique set of circumstances that allow it to happen.

I ask because looking at it another way, the idea that she lives in that one moment forever could be read as tragic. She gets to dream about this amazing new life that she could have with her two sons, but she never actually gets to have it.

[Laughs] You know, that’s a great point. Although, in that moment, she doesn’t know she’ll never get to have it, right? Psychologically, in that moment, it’s all about the anticipation. It’s that feeling that something terrific is about to happen, when you’re imagining all these amazing things and you do feel genuine joy, regardless of what actually does happen. So that’s the emotional state that she’s going to be in for eternity. Even though we as the audience know she never gets to have it, on some level it doesn’t really matter. 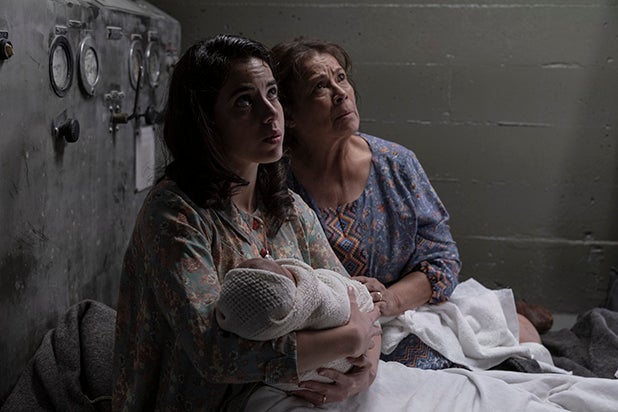 How did you decide that the story would come to incorporate elements of the Mexican folk tradition?

It seemed to me like a real American solution to the problem. A real melting pot solution that required two immigrant cultures to come together. Chester’s story to me has always been about being able to reclaim some of his Japanese-ness. Because the Chester we see at the very beginning of the show is all-American; he thinks of himself as totally American — until his own government tells him otherwise. so in order to confront this spirit, he has to acknowledge some part of his own Japanese-ness. But in the end, it really requires a whole combination of cultural influences. It felt like this great American story with a real American solution.

One of the most interesting relationships on the show that we don’t get a lot of resolution to is the one between the two sisters. How do you think about their dynamic?

The Asako-Yuko relationship is something that I wish we could’ve spent more time with as well. They have parallel immigrant stories. Where Yuko had this horrible ending and Asako’s turned out, for the most part, pretty well. There’s already a rivalry that we kind of hinted at between these two sisters and Asako’s confessing that she sort of gamed the system a little bit. That’s, to me, a really lovely microcosm of the randomness that exists in immigrant stories and we come to realize that Yuko and Asako’s stories are flip sides of the same coin.

Chester’s relationship with his parents obviously has a great deal of ups and down throughout the season, but where does he end up with each of them?

Well, he never gets to have the conversation with his father that he wanted to. We have that scene on the boat, which is the conversation that he wishes he could’ve had. I think Henry showed what Chester means to him, and showed the strength of their father-son bond by sacrificing himself for Chester. They just never were able to articulate it, which is the tragic part of that story. Asako herself has taken on the burden of what she’s done, and absorbed a lot of the guilt of what has happened so that the other generations can thrive. So you can see in that epilogue that Asako is visibly aged by what has happened. Chester and Luz seem to be doing pretty well given the circumstances, and a lot of the credit goes to the sacrifices that Henry and Asako made. And I think Chester recognizes it. We see him speaking Japanese to his kids and really making an effort to maintain some of that Japanese-ness that he had kind of shrugged off before. 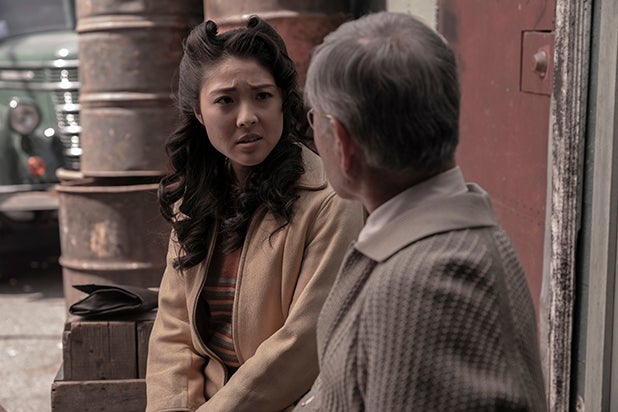 In terms of the non-supernatural side of the story, Amy kind of comes away with the worst experience of it all. She has that line in at the end of the finale where she says she wishes she could spend time with her family without having to revisit the trauma, but how does she look back on the experience?

I think Amy represents the generation that survived the interment and didn’t want to suppress it. It’s changed her. You see it in the way she dresses, her willingness to talk about how it has scarred her. And she is in some ways a minority in this. She’s someone who does want to talk about it and doesn’t want to forget. Like George, frankly, who’s been active in making people remember this experience, because it does have relevance to the present day.

It’s possible I just missed it, but what happened with Chester’s brother? Where does he end up?

That’s one of those scenes that there was never a good place for, how to tie that loose end with Jirou. But it’s there during the funeral scene. It’s so much Chester’s story all the way to the end, we didn’t want to just cut away to Jirou. So at the end of that funeral scene where Chester is holding his baby and tells his dad his son’s name is Henry, a wind picks up. A wind that’s totally died away since episode 8 when Yuko took Jirou to the underworld. It’s back. With Yuko being released to that grove of the cherry blossoms, Jirou has been released and in spirit at least, is with Chester again.

Say this hadn’t been part of an anthology, are there things you wish you could’ve explored in a second season?

There’s a lot of historical things that would’ve been great to explore, but I’m glad that we had a close-ended show. If it had been an ongoing show, we might’ve had to save some of our historical sign posts for later on. and then maybe never get to them, because you never know. But there’s so many stories of people who were in the camps that I would’ve liked to explore a little bit more. It really was a matter of what can we fit in these 10 episodes. 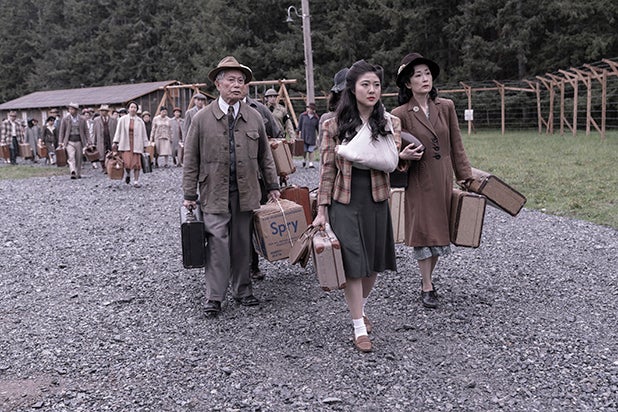