Amazon and Skydance are in talks to develop a sequel to “The Tomorrow War,” according to an individual with knowledge of the project.

The time-travel movie, which Amazon reportedly shelled out around $200 million to stream, follows Pratt’s Dan Forester as he fights to save humanity after soldiers from the future appear with the urgent message that Earth’s population is being destroyed by an alien invasion in 2051. 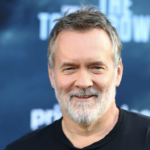 Also Read:
‘The Tomorrow War’ Director Chris McKay on Changing the Last Third of the Movie

“The Tomorrow War” debuted on Amazon Prime on Friday and is currently sitting at a 53% rating among critics on Rotten Tomatoes, with the audience review topping off at a more positive 80%. The Globe and Mail’s Barry Hertz called it “Starship Troopers for dummies,” adding, “If I had a time machine, I’d punt myself to the past just before ‘The Tomorrow War’ went into production, and save everyone the trouble.” Meanwhile, Brian Lowry of CNN admitted the picture has a “certain appeal… but strands its star in a pretty uninspired time and place.”

Despite the lukewarm reviews, “The Tomorrow War” had audiences watching in droves, as the movie launched in over 240 countries and territories and debuted at No. 1 across streaming platforms over the holiday weekend, per Deadline.

Deadline first reported the news of the sequel.