Director Chris McKay is making his live-action directorial debut with “The Tomorrow War.”

The “The LEGO Batman Movie” director’s upcoming film is set in 2051, a time in which mankind is losing a war against an alien army and the world’s only hope for survival are the present-day soldier and civilian recruits being transported into the future to join the fight. Among these recruits is high school teacher and veteran Dan Forester (Chris Pratt), who teams up with a brilliant scientist (Yvonne Strahovski) and his estranged father (J.K. Simmons) to save the planet for his young daughter and wife.

Intent on telling a human story alongside a story of deadly aliens from the future, McKay says he changed the whole third act of the script to properly detangle Dan’s complicated relationship with his father and give each character a moment to pop back up and in a way, complete their own arc or story. 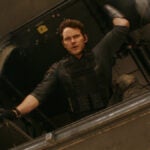 “[The script] was introducing all these characters in the beginning and none of the stuff was paying off, so why not pay it off?” McKay told TheWrap. “That’s what [Dan] needs to do as a human being. He’s trying to isolate himself and do everything himself, but he’s certainly not dealing with his relationship to his father and that kind of thing. Putting teams of people into the film was important to me.”

The original third act of the script was a “bit more nihilistic,” and “bleak,” so McKay reworked it contain more light and feelings of hopefulness.

“Movies like this can only sustain a level of self seriousness for so long before they kind of implode on themselves, at least for me,” McKay said. “I wanted it to be a bit more complicated, so we could involve more stuff and characters in the resolution.” 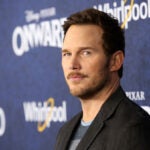 McKay’s influences are clear as he describes himself as a “big genre guy,” listing films like “E.T. the Extra-Terrestrial,” “The Terminator,” and “The Thing” – science fiction films full of momentum, suspense and shocking plot lines – as the kind of movies he grew up with, the kind of movies he wanted to make. But the director also expressed his fondness for films like “Sex, Lies, and Videotape” and “Gas Food Lodging” – films centered on moments and threaded with stories about people and their conflicts, no matter how major or minor.

“I like movies that have big, external, plot-driving things, and I also love movies that are more about characters and internal, B-story stuff,” McKay said. “I’m always looking for something that melds the two of those things… and I like the fact that this movie is a family drama and a character study about Chris [Pratt’s] character, Dan. He’s in every scene and you’re really watching the whole movie through his lens.”

“The Tomorrow War” is a mix of the two, as it focuses on what Pratt’s character is absorbing and experiencing, but while showing the main character dealing with his emotions and internal conflict, the film delves into the communal aspect of heroism as well. 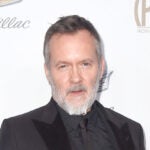 “I like movies where other people get involved and are integral to the plot because I believe it takes a village,” McKay said. “Even as a director, I would be nothing without the crew, I’d be nothing without the cast and with this movie, I want to inspire people to think collectively more than not. I think we survive when we all try and work together.”