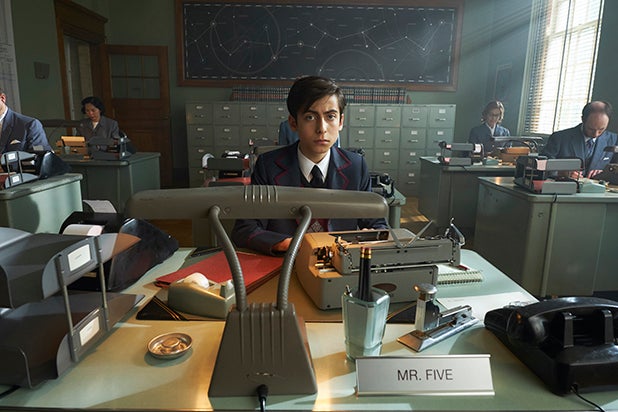 Netflix has officially renewed “The Umbrella Academy” for a second season.

The series, an adaptation of the Dark Horse Comics series by Gerard Way and artist Gabriel Bá, has been picked up for a 10-episode second season at the streamer. Main cast members Ellen Page, Tom Hopper, David Castañeda, Emmy Raver-Lampman, Robert Sheehan, Aidan Gallagher and Justin Min have all signed on to return.

Steve Blackman will remain on board as showrunner and executive producer on the series about a set of foster siblings with superhuman abilities. Jeff F. King, Mike Richardson and Keith Goldberg will also return as executive producers, with Way and Bá back as co-EPs.

The long-in-the-works adaptation finally debuted its 10-episode first season in February, but fans were left wanting for more after the season’s huge cliffhanger ending.

“You know what, I’m as lost as you guys are,” Castañeda said in an interview with TheWrap about the moment. “Because, obviously, when we were shooting the last episode [showrunner] Steve Blackman didn’t even give us the last page of what was gonna happen until pretty much the day we shot it. So even till now, he doesn’t reply to any of my messages that I’ve been trying to ask him what’s going on. He doesn’t want to talk to me right now [laughs]. So who knows.”

Castañeda, at least, will get answers to his questions when the show goes back into production this summer. Everyone else may have to wait a little longer.