The ESPN online platform previously known as “The Undefeated” has rebranded as “Andscape,” an outlet with the slogan “Where Blackness is infinite.”

“Andscape is a Black-led media platform dedicated to creating, highlighting, and uplifting the diverse stories of Black identity,” the site’s new ‘About’ tab reads. “Magnified by the power and reach of The Walt Disney Co., the Andscape umbrella includes an editorial division, book publishing arm, film and television division, and music publishing group, each united by the shared mission of illuminating the culture and experience of Blackness. Founded in 2022, Andscape is a reimagination, expansion and diversification of The Undefeated’s former platform.”

Editor-in-chief Raina Kelley wrote a commentary about the name change, citing two facts and a hunch. 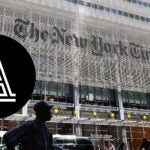 “We needed a name that stretched what we thought we should be into whatever we wanted to be,” Kelly wrote to describe Fact One. “Over the last five years, we blew through the intersections of sports, race and culture into the myriad intersections of Black and Everything. We do a lot now. But we want to do more and we need a name that can grow with us.”

“Fact two: We’ve always been about that not-conventional, never-boring life, so we knew that besides illuminating the nuance and beauty of Black life, we needed a name that leaves behind dulled and dusty paradigms and creates space for new meanings,” Kelly stated for the second fact. We’re not going to engage in conversations that measure our humanity as if it were in doubt.”

“AND is for the infinite ways we define Blackness, and SCAPE is for our inclusive, eclectic and deeply dimensional view of the world” Kelly continued. “I can’t wait to see what Andscape will mean to you and your Ands.” 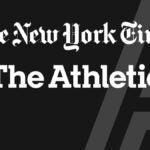 Also Read:
NY Times to Buy The Athletic for $550 Million in Cash

“Hunch: The world is ready for that Black gaze,” Kelly added at the end of her commentary. “But it doesn’t much matter if the world is ready or not. ’Cause we’re doing it anyway. Welcome home.”

The Undefeated launched May 17, 2016, with the aim of telling sports and other stories from an African American perspective. 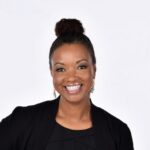 Reactions to the name change were varied, with some thinking the name whitewashes the scope of the outlet and others curious to see what will come of it.