Following Russia’s invasion of Ukraine on Wednesday night (U.S. time), “The View” went live with ABC News’ Martha Raddatz on Thursday morning, who is on the ground in the country.

After explaining to the hosts everything she’s seen and heard over the last 24 hours, host Joy Behar asked Raddatz for her opinion on Americans who support Russia and its president, Vladimir Putin, specifically calling out some on the right.

“The sort of love of Vladimir Putin is something that’s startling to all of us, and especially those who have covered this for years, and years, and years,” Raddatz responded. “Obviously, he’s someone who all presidents have talked to over the years, and tried to have a relationship with. You want to do that. But particularly after what Vladimir Putin has done, [which] is invade a sovereign country and try to take it back for all sorts of reasons that make absolutely no sense, I hope people look up and listen and see exactly what he’s doing, and how horrendous this truly is.” 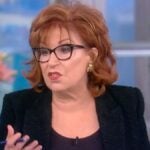 Moderator Whoopi Goldberg then chimed in, asking Raddatz if footage of American media personalities supporting Putin — “Russian apologists,” as Whoopi referred to them — will add to the harm being done in Ukraine.

Raddatz noted that Russia will use any supportive messaging in its propaganda in order to further their cause. But, she had some thoughts on Russia’s motivations as well. 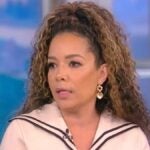 Raddatz also condemned the Russian forces directly, which Putin initially claimed to have sent into Ukraine as “peacekeepers.”

“Calling these Russian forces peacekeepers is an insult to real peacekeepers,” she said. “They are not keeping any peace.”

You can watch Raddatz’s comments on below.