U.S. Representative Adam Schiff stopped by “The View” on Tuesday, and his interview went smoothly, for the most part. But he wasn’t able to get out of it without a rough Freudian slip.

The moment came shortly after guest host Morgan Ortagus started questioning Schiff on the Steele Dossier, which Schiff read into the congressional record himself. Last week, Igor Danchenko — who was the main source on the dossier — was indicted and charged with lying to the FBI and fabricating parts of his work on it.

Ortagus pushed Schiff on what he thinks his culpability is in having “spread disinformation for years,” but Schiff argued that there was no way to know at the time that Danchenko had lied. Even so, he asserted, this development shouldn’t negate other terrible things that happened under Trump. 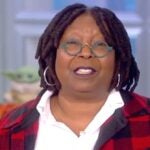 “Let’s not use that as a smoke screen to somehow shield Donald Trump’s culpability for inviting Russia to help him win the election, which they did. For trying to coerce Ukraine into helping him in the next election, which he did. Into inciting an erection –“

Schiff caught his mistake immediately though, correcting himself to say “insurrection” and moving right along with his argument.

For their part, the hosts didn’t seem to acknowledge the slip, nor did the audience. Ortagus simply doubled down in her pressing of Schiff’s own culpability, to which he argued “the credibility of your question is in doubt,” earning thunderous applause from the in-studio audience. 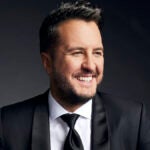 Also Read:
Ratings: ABC’s ‘Countdown to the CMA Awards’ Is a Letdown

This isn’t the first time a politician has slipped up like this. In January, Chuck Schumer had a similar incident, while addressing the Senate. You can watch that moment here.

You can watch the moment Schiff misspoke on “The View” in the video below.