Alyssa Farah Griffin isn’t overly pleased with President Joe Biden’s attitude toward the classified documents that have been found in his home and private office. According to the host of “The View,” he’s been far too “brazen and dismissive.”

Over the weekend, it was revealed that even more documents were found in Biden’s home, after the president reportedly invited the DOJ to his home voluntarily, so they could conduct a thorough search. That has been the core difference that Democrats have pointed to in this situation, reminding people that Trump’s Mar-a-Lago home was only raided by the FBI because they tried to get him to voluntarily return the documents for months, and he refused.

As more documents have been found, Biden has also maintained that they have been in locked areas (unlike the documents Trump had), including the ones found in his garage, next to his Corvette. And it’s his lack of regret that has been irritating Farah Griffin. 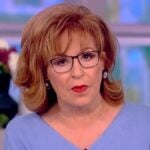 “What I’m frustrated by is how kind of brazen and dismissive President Biden has been of this,” she said on Monday. “Because he said — it went from, you know, ‘Anyone could be irresponsible, but I have no regrets. There’s no there there’ to ‘Oh, but it was locked up next to my Corvette.’ I mean, this, as you said, is a very serious matter. One top secret document means a risk to grave a grave risk to national security.”

Farah Griffin added that the situation has been “a bad fact pattern for him” and argued that he needs to, at some point, open up access to any residence he’s had for further searches. That said, Farah Griffin doesn’t think the searches will make everything right on their own.

“Cooperation doesn’t negate the fact that he had these wrongly in the first place,” she said. 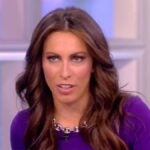