Former White House staffer Alyssa Farah guest-hosted “The View” on Monday morning, and the hosts wasted no time in questioning her on why she worked under Trump’s administration, comparing her to the iconic henchmen of the “Star Wars” universe.

Moderator Whoopi Goldberg first honed in on the end of Farah’s tenure in the White House, asking what it was that finally convinced her to turn in her resignation at the end of last year. But before Farah could answer what brought things to an end, she started at the beginning, and explained how she came to serve in Trump’s White House.

“We were hearing that we were gonna have a Pearl Harbor a day, of loss of life,” Farah said. “And I thought, if there was anything I could do to even marginally help, I couldn’t say no.” 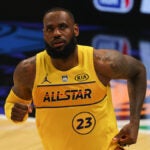 Also Read:
‘The View’ Hosts ‘Deeply Disappointed’ That LeBron James Says ‘It’s Not My Job’ to Tell Fans to Get Vaxxed (Video)

But even with those good intentions, host Sunny Hostin pressed Farah on the fact she and the American public had already seen four years of Trump’s actions.

To that, Farah first clarified that when she entered the White House, she wasn’t working directly for Trump. As then-Vice President Pence’s press secretary, Farah noted that she was working “tangentially” for Trump. Still, Hostin took a moment to stop her. 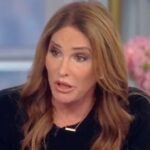 “Well you’re not working for Darth Vader, but you’re a stormtrooper,” the host said bluntly. Farah admittedly had a good laugh at that, and conceded that it was well-phrased.

“I had no illusions about the man that Donald Trump was,” Farah said. “I just, my general POV was ‘If not me, then who?’ I don’t think it would’ve been a good thing to have a federal government, for four years once Donald Trump was the commander in chief, staffed by Steve Bannons, or Steve Bannon miniatures.”

Farah eventually did answer Whoopi’s original question on what finally pushed her to resign, citing the lies surrounding the the results of the 2020 election.