The hosts of “The View” weighed in on the idea of term limits for Supreme Court justices on Wednesday, finding themselves decidedly split on the idea. But Ana Navarro had an alternative suggestion: mental assessments.

The women got into the topic by way of discussing President Biden’s Supreme Court nominee Ketanji Brown Jackson, with moderator Whoopi Goldberg noting that some feel that, going forward, new appointments should only be allowed to serve 18 years on the court.

Host Sunny Hostin argued that this idea is coming up because Jackson is only 51 years old, so a lifetime appointment for her means she’ll likely be serving for several decades. At that, the hosts agreed. 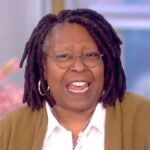 “I think of several things,” Navarro said. “One is people are living longer. Americans are living much longer than when the court was first established. Two, they’re getting appointed much younger. So the terms we’re seeing are much longer.”

That said, Navarro noted that she’s very much an “institutionalist” when it comes to the Supreme Court, so she couldn’t definitively say term limits should be imposed. Instead, she offered her alternative.

“I don’t know about the term limit, but I do think that that somebody who’s going to in such an incredibly important position, where there is no accountability, no voters — maybe cognitive tests should be something that are considered for every Supreme Court justice, because they’re serving until their 80s!” she said. 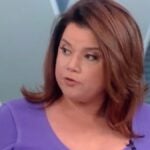 Also Read:
‘The View': Ana Navarro Goes Off on Stephanie Grisham (And the Whole Panel) Over Trump (Video)

Guest host Alyssa Farah Griffin argued against term limits, suggesting that it would lead to partisanship, as justices feel like they need to use their limited time to their advantage.

For Goldberg, the current problem with the Supreme Court is a much broader idea.

“The problem is, it no longer feels like justice is blind, it feels like she’s peaking,” Whoopi said. “And that’s what we need to really take a look at. I don’t care how long they serve, as long as they serve the people. ‘Cause they’re not supposed to be making this kind of law. That’s not their job. Their job is to interpret what we’ve got, and move us forward.”