Ana Navarro reminded Trump on Monday that, like Mitch McConnell’s, his ex-wife and current wife weren’t born in the U.S., but that doesn’t mean they love America any less than others.

“Let me remind Donald Trump, ’cause obviously what he’s trying to do here is say that those of us who are Americans born somewhere else are not as American, are not at the same level as Americans. Let me remind him he’s married two women — one was born in Slovenia and the other one was born in Czechoslovakia,” Navarro said on ABC’s “The View.” “One of them is now buried in his golf course.” 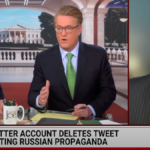 Also Read:
‘Morning Joe’ Slams CPAC’s Pro-Putin Tweet as ‘Colossal Mistake': ‘This Was, Believe It or Not, Not Shocking’ (Video)

Navarro condemned the former president’s comments as “incredibly racist” and threw the hypocritical attack of McConnell back on Trump, saying “Did he marry women who didn’t love America?”

The host continued by listing numerous occasions in which Trump has exhibited racist behavior, including calling for the death penalty for the Central Park Five in 1985, calling Mexicans rapists and criminals and describing neo-Nazis as “good people on both sides.”

She went on to say using this discriminatory language is “on brand for Donald Trump.” “He was a racist before being President, he was a racist as president and he’s going to be a racist until the day he dies.” 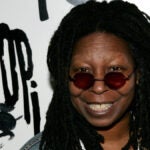 Also Read:
The ‘George Bush’ Joke That Got Whoopi Goldberg in Trouble in 2004 Is Finally Revealed – Turns Out It’s Really Tame

Navarro also called out those who supported Trump, saying that “own this too” “because they voted, they supported, they worked for, they enabled, they fortified, they emboldened a racist.”

Alyssa Farah Griffin also jumped in to note that the comments were “blatantly racist,” and condemned Rick Scott, who refused to call out Trump’s comments to Dana Bash during Sunday’s “State of the Union” and instead explained that

Alyssa Farah Griffin also jumped in to note that the comments were “blatantly racist,” and condemned Rick Scott, who refused to call out Trump’s comments to Dana Bash during Sunday’s “State of the Union” and instead explained that Trump “likes to give people nicknames,” for not calling out the racism when they see it.

You can watch “The View” segment from Monday’s show below.