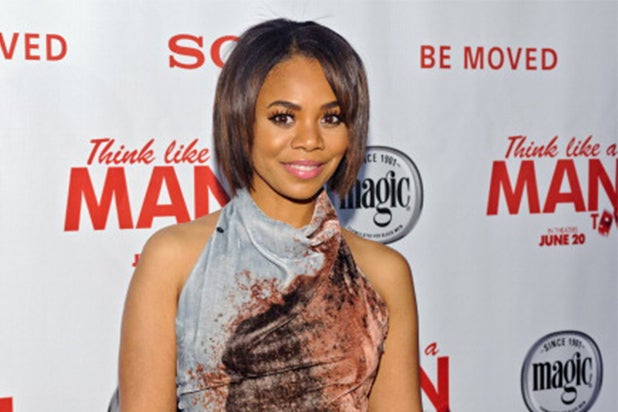 Regina Hall will be joining the ladies of “The View” to talk weddings, rings and “Hot Topics.”

The actress has been booked as a guest host on the ABC daytime show for Tuesday, Jan. 20, TheWrap has learned. The appearance comes as Hall embarks on a promotional tour for her new Lifetime original movie, “With This Ring.”

Hall is the latest in a string of recent re-occurring guest hosts including “Orange is the New Black” star Laverne Cox, comedienne Rachel Feinstein and “Sex and the City” alum Mario Cantone, who’s served on the panel for at least a week.

All have filled in for regulars Whoopi Goldberg, who has been nursing a herniated disc and Rosie Perez, who’s in the midst of a month-long performance on Broadway in Larry David‘s “Fish in the Dark.”

Hall’s movie “With This Ring” centers on three single friends who vow to get married within a year after attending their best friend’s wedding, and co-stars Grammy Award winners Jill Scott (“Get On Up” ) and rapper-turned-actress Eve Jeffers Cooper ().

NFL Hall of Famer Deion Sanders (“Deion’s Family Playbook”), Jason George (“Grey’s Anatomy”) and Brian White (“The Night Before”) co-star in the movie, which is based on the bestselling novel,  by Denene Millner, Angela Burt-­Murray and Mitzi Miller.

Alicia Banks contributed to this report.