“Real Housewives of New York” star Eboni K. Williams was the guest host on “The View” on Monday, and she took the opportunity to spell out why she got involved with a reality show. In her explanation, Williams wanted to make one thing very clear: reality TV would be nothing without Black women.

Williams joined the “RHONY” crew this past season, making her the first Black housewife to ever join the show. When moderator Whoopi Goldberg asked why Williams would want to get involved with a project where “so much of it relies on stereotypical tropes,” Williams admitted she gets that question a lot.

“The reason, though, is because I think that reality TV owes everything to Black women,” Williams said. “I think it’s built on the backs of Black women. And I think that Black women actually have so much to gain from the medium, if used properly.” 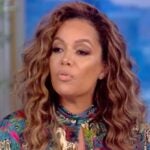 Williams went on to say that reality TV as a genre is an undeniable force in television, and in her eyes, it’s better to be part of it than to be overrun by it.

“For better or worse, there is nothing like the impact of reality television. I think we all thought it was gonna be a ‘hit and quit it’ thing, like, maybe 15 years ago,” Williams said. “We’re on 13 seasons of ‘New York,’ 15 seasons, 16 seasons of ‘Orange County.’ It’s not going anywhere. So if you can’t beat ‘em, maybe it’s time to join ‘em.”

The “RHONY” star also added that in “joining them,” she’s been able to help Black women who she says make up more of the viewership than people think.