“The View” panel on Friday debated Dr. Anthony Fauci’s recently released emails, with Meghan McCain expressing her thoughts on what she feels are the physician’s true motives. Although her hosts, which included “Bachelor” alum Rachel Lindsay, were generally positive about Fauci, McCain took the discussion in a whole different direction. 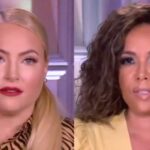 In July 2020, Dr. Fauci posed for an InStyle spread titled “The Good Doctor” and was even nominated for People Magazine’s “Sexiest Man Alive” in March. To McCain, the press opportunities like these reveal the doctor’s real priorities.

“I’m sorry but if he just wanted to be a scientist part of the criticism of him going forward was that he clearly wanted to be a Kardashian as well.” she said.

The host then went on to say that she knows she holds a “different take” on Dr. Fauci and that it’s been one of the more controversial elements of her time on the show in the past year. However, she feels this particular situation is bigger than Fauci.

“My understanding is that the Chinese government is testing viruses for other viruses which is something we don’t do in this country,” she said, “So there’s a hypothetical situation where an even more dangerous virus could be let out of a lab.” 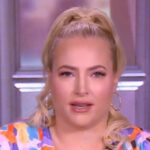 McCain says her main issue with the publicly released emails, however, is what she feels is a double standard for those curious about the origin of the coronavirus.

“When this originally started people like Tom Cotten were writing op-eds and going on TV just raising questions and if you raise the question that, ‘hey, this might’ve come from the Chinese labs in Wuhan you were treated like you were Alex Jones with a tinfoil hat on your head and now you have Vanity Fair which is not a conservative publication by anybody’s definition writing huge profiles raising these questions and we have to understand where the virus originated from if we’re ever going to be able to god forbid face a threat like this going forward.”

McCain concluded her segment with a call for further transparency for not just Fauci but federal institutions as a whole.

“There’s a huge crisis in this country with republicans and democrats questioning the legitimacy of our institutions and having a lack of faith in our government and the medical community at NIH and places like this because there just isn’t a lot of transparency. If there’s nothing to hide then show us the proof and continue the investigation.” 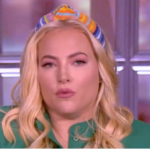