One day after the announcement that Chris Harrison will no longer host “The Bachelor” or any of its spinoffs, the hosts of “The View” weren’t surprised. In fact, on Wednesday’s show, hosts Meghan McCain and Joy Behar took the opportunity to pounce on some of the franchise’s other issues.

Though “The Bachelor” and “The View” are both ABC properties, the women had no qualms about voicing their criticisms. When it came time for Behar to voice her thoughts on the situation, she even scoffed a bit at the idea that fans were so surprised about the drama surrounding Chris Harrison, and the show itself.

“Let’s tell the truth about The Bachelor. It’s a show based on superficial relationships. Why would you ever expect that the host would be a deep thinker?” Behar said. 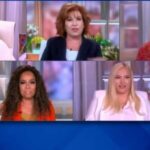 She went on to add that she also doesn’t have much faith in the relationships that come out of the show, and questioned how many of them actually last in the long-term.

“This is a show where they hook up before they know each other for two seconds, they’re supposedly gonna get married, I don’t think any of them ever get married,” Behar said. “But I don’t care, one way or the other.”

For host Meghan McCain, the problems with “The Bachelor” and “The Bachelorette” go much deeper than their host. She used her time to highlight the lack of diversity in contestants on the show, both in race and physicality, saying point blank that she isn’t a fan of the franchise because of it. 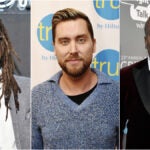 “I don’t love ‘The Bachelor.’ I apologize to our parent company ABC. I mean no disrespect to the work that’s done on this network, but it’s an extremely problematic show,” McCain said. “I think the fact that there’s never any Asian people, there are never any Black people, there’s not a lot of Hispanic people. If you want to talk about body positivity, there’s very rarely — I think there was one contestant, one time, who was over a size zero.”

McCain added that while she hopes Harrison puts in the work and can eventually find a space for himself as a television host in the future, she thinks the show has even more work to do after parting ways with him.

“I think that show’s got a lot of makeovers to do, in a lot of different ways that goes way beyond the host,” McCain said.

Watch video of the conversation below.

HOST EXITS ‘BACHELOR’ AFTER RACISM CONTROVERSY: After 19 years of hosting #TheBachelor and spinoffs including #TheBachelorette, Chris Harrison announced his departure from the franchise following his controversial interview with Rachel Lindsay — the co-hosts react. pic.twitter.com/2U2qt5v0on