Mike Pence stopped by the University of Virginia on Tuesday, where he said that if his own child came out to him, he’d be fully supportive. “The View” host Sunny Hostin definitely thinks he’s lying.

During the former Vice President’s speech, he was asked by a student how he would respond “if one of your children came out to you as gay.” According to Pence, “I’d look him in the eye and tell him ‘I love you.'”

That being said, Pence danced around his beliefs on gay marriage later in the speech. “I believe marriage was ordained by God and instituted in the law,” he added. “But we live in a pluralistic society, and the way we go forward, and the way we come together as a country united, I believe, is when we respect your right to believe, and my right to believe what we believe.”

Guest host Alyssa Farah Griffin, who worked for Pence for several years, noted that she believes him to be a “kind, loving, wonderful man” and actually thinks that his comments at UVA signal that “Mike Pence might be comin’ around a little bit” on the issue of gay rights. 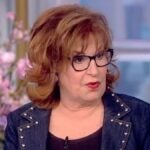 Also Read:
‘The View’ Host Joy Behar Shrugs Off Will Smith’s Oscars Punishment: ‘Who Wants to Go to That Anyway?’

In response, Sunny Hostin was blunt, saying that she didn’t believe a word of what Pence said.

“I think he’s lying on that tape,” she said. “And I think that, you know, words are meaningless when your actions say differently, right?”

Then, Hostin took a moment — or rather, a few moments — to pull up Pence’s actual track record on LGBTQ+ issues.

“In 2000, he said during his congressional campaign that Congress should oppose any effort to put gay and lesbian relationships on an equal legal status with heterosexual marriage,” she began listing. “Let me continue. In 2004, Mike Pence co-sponsored a proposed amendment to the US Constitution that would define marriage as solely between one man and one woman. In 2007, he voted against the employment non-discrimination act. In 2010, he voted against the Don’t Ask, Don’t Tell repeal. In 2015, he signed the Religious Freedom Restoration Act … .” 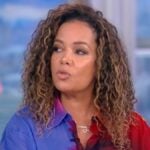 At that point, Joy Behar cut her co-host off, saying “All right, we got it.”