Season 23 of “The Voice” will be the last for longtime judge Blake Shelton, NBC announced on Tuesday.
He’ll be joined in his final season by new coaches Chance the Rapper and former One Direction star Niall Horan and returning coach Kelly Clarkson. Host Carson Daly will also be back as host for Season 23, which kicks off in January 2023.

“I’ve been wrestling with this for a while and I’ve decided that it’s time for me to step away from ‘The Voice’ after Season 23,” Shelton said in a statement. “This show has changed my life in every way for the better and it will always feel like home to me. It’s been a hell of a ride over these 12 years of chair turns and I want to thank everyone at ‘The Voice’ from NBC, every producer, the writers, musicians, crew and catering people, you are the best.”

He added, “It takes a lot of work, passion, and adult beverages (Ha!) to pull off a live show twice a week. I’ve made lifelong bonds with Carson and every single one my fellow coaches over the years, including my wife, Gwen Stefani!” Stefani, who has been an intermittent coach on the musical reality competition, married Shelton in July 2021. 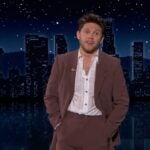 Shelton is the winningest coach on “The Voice,” with eight of his musical prodigies ending up as the last singer standing.

“I’m thrilled to join ‘The Voice’ as a coach for the next season,” said Chance, whose new single with Joey Bada$$, “The Highs & the Lows” dropped this summer. “I’m excited to help other artists get to the next level and make the most of this life-changing experience. Get ready for #teamchance.”

Said Horan: “I’m looking forward to meeting and mentoring the new crop of talent while we battle it out with the other teams!” Since One Direction broke up in 2015, Horan has released two solo albums: 2020’s “Heartbreak Weather” and 2017’s “Flicker.” 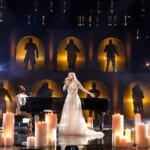 Also Read:
‘The Voice': A Look Back at Some of the Biggest Success Stories (Photos)
x