Norman Reedus, who plays fan-favorite Daryl Dixon on “The Walking Dead,” is recovering after suffering a concussion while filming the AMC series.

“Norman suffered a concussion on set. He is recovering well and will return to work soon. Thank you to everyone for their concern,” his rep Jeffrey Chasen told TheWrap on Wednesday.

The injury has delayed filming on the 11th and final season of the hit zombie show by a few days, AMC confirmed to TheWrap.

Fandemic Tour was the first to report the actor’s injury in an Instagram post on Tuesday, with a note that Reedus will not appear as scheduled at this week’s Fandemic Dead show in Atlanta. 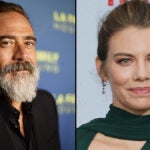 “Due to unforeseen circumstances Nick Carter had to postpone due to scheduling conflicts, and Norman Reedus had to postpone due to an injury. We are sending all of our thoughts and positive energy to Norman Reedus. Everyone in our amazing community knows how much he loves his fans, and he wants you to know how terrible he feels about the situation. However, we all want him to do what is best for his health. Let’s send him all of our well-wishes and hope for a speedy recovery,” the post read.