Amazon shared the first teaser for the highly anticipated series adaptation of the “Wheel of Time” fantasy novels on Thursday.

The project, an adaptation of the beloved series by author Robert Jordan, stars Rosamund Pike as Moiraine, “a member of the incredibly powerful all-female organization called the Aes Sedai” in a world where magic exists and only certain women are allowed to access it. Per Amazon, Moiraine will embark on “a dangerous, world-spanning journey with five young men and women, one of whom is prophesied to be the Dragon Reborn, who will either save or destroy humanity.”

Amazon has set a Nov. 19 premiere date for the series, with new episodes rolling out weekly until the Dec. 24 finale. 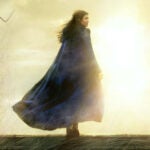 Also Read:
‘Wheel of Time’ Showrunner Has 8 Seasons Planned Out in Adaptation of 14-Novel Series

Pike is a producer, with Harriet McDougal (Jordan’s wife and editor) and Brandon Sanderson (who finished the series following Jordan’s death in 2007) serving as consulting producers. “The Wheel of Time” is co-produced by Amazon Studios and Sony Pictures Television.