This post contains spoilers for “The White Lotus” Episode 6.

On “The White Lotus,” Jennifer Coolidge and writer-director Mike White created a character you may not want to share a vacation with (or really, any conversation lasting longer than two minutes) but can’t help but watch.

We’re of course talking about Tanya, who was at the center of some of the HBO series’ funniest and most poignant moments. We’re here to talk about the latter, though.

Prepare to toss back some champagne (and maybe some cremated remains if you happen to have some handy) as we look back at Tanya’s funniest moments on the show. 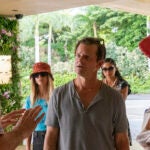 Compliments to the Masseuse

Tanya is hooked from her first session. So hooked that she’s back for more in Episode 2, which leads her to pay Belinda, er, this compliment.

“Most people, they really don’t know what they’re doing. They lie you down and you just get lubricated but, you,” she says. “You really know where you’re going.”

In Episode 2, Olivia (Sydney Sweeney) and Paula (Brittany O’Grady) are just trying to exist while high at the beach when Tanya wanders over to overshare – and voices some environmental concerns.

“Don’t mind me, I’m just scouting right now,” she says. “I have a bunch of ashes that I need to throw in the ocean. I’m just looking for the perfect spot…I just don’t think I’ll be able to toss the ashes right there on the shoreline like that. What if she just splashes back onto the beach? It would be like littering!”

The next episode sees Tanya deciding on a more nondescript final resting place: the open ocean. The problem is, her seafaring ash-spreading ceremony has been double-booked with Shane (Jake Lacy) and Rachel’s (Alexandra Daddario) romantic sunset cruise. This is only a problem for the honeymooners, actually. In Tanya’s eyes, they’re just kind strangers there to pay their respects.

They therefore become Tanya’s captive audience as she attempts to eulogize her mother. The grieving woman details her struggles with her mother’s nymphomania, borderline personality disorder and adamance that she’d never be a ballerina – “and that was when I was skinny!”

This real yet very, very uncomfortable spectacle ultimately cuts out prematurely when Tanya is too overcome with emotion to continue on – and when what few ashes that were thrown end up blowing in poor Dylan’s (Lukas Gage) face.

In Episode 4, our raspy yet airy-voiced heroine expresses some regrets regarding how the service went down.

“When I saw my mother’s ashes hit the water, it just reminded me of sprinkling fish food in an aquarium,” she tells Shane and Rachel at brunch, having invited herself to their table. “And I was just like, ‘Oh my god, am I feeding my mother to the fishes?”

Later, it seems as if things could be looking up for Tanya when she has a meet-cute with Greg (Jon Gries), another guest staying on her floor. He’s not just single and not just kind but he has a solid gig working with the Bureau of Land Management. However, Tanya heard another “BLM.”

“I got asked out, believe it or not,” she gushes to Belinda. “There’s a deep sea fisherman staying next door. And he’s with a group from Black Lives Matter!”

In case you hadn’t noticed, Tanya is the type of gal who doesn’t exactly maintain a filter for her words. Although most of us would opt to keep things mysterious and nonchalant with a new partner, she is refreshingly open with Greg once he’s escorted her to her room after their date.

“Well I’m gonna just go in and lay down on my bed and wait for you to text me,” she tells him, fully deadpan.

This Other Relatable Line

As much as we’ve been poking fun at Tanya, certain elements of her storyline are universal, like the struggle to be able to give and receive love after events in her past led her to hide from the ordeal altogether.

It’s when she’s trying to explain her inner plight to Greg in Episode 5 that she utters a comically straightforward but nonetheless vulnerable line that more of us can relate to than we’d probably like to admit.

“I’m a very needy person and I am deeply, deeply insecure.”

And This Last Relatable Line

The conclusion of Tanya’s time at “The White Lotus” is one of the show’s happier endings – if you don’t count the fact that she completely strung Belinda along and dropped her business venture without a second thought. Not cool, not cool at all.

Anyway, the finale sees lovebirds Tanya and Greg ready to fly north to Aspen (and those sweet Bureau of Land Management digs) for the winter. As the couple lounges poolside, their storyline is sealed with this sweet, but relatable, exchange.

“You want a pina colada?” Greg asks, to which Tanya responds. “That’s a lot of sugar…OK!” 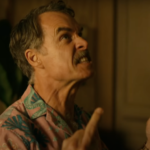