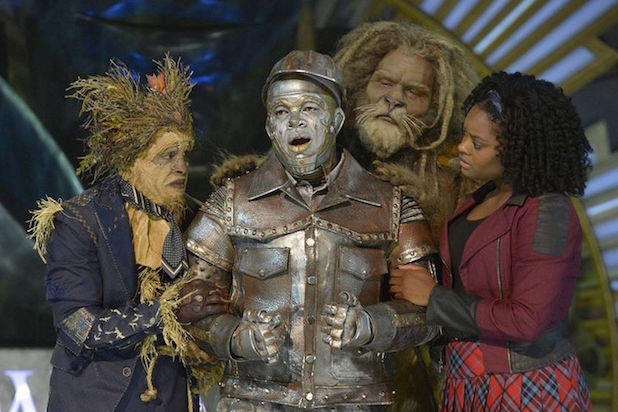 OK, it’s officially not too early to call “The Wiz Live!” a mega-hit for NBC. The special has earned that exclamation point.

The Shanice Williams musical was not only a stud in Thursday night’s ratings, it’s now the most-tweeted live special program in Nielsen history. That excludes awards shows and political events, and dates back to October 2011.

Plus, “The Wiz Live!” very comfortably topped its predecessors “The Sound of Music Live!” and “Peter Pan Live!” combined in terms of total tweets.

Based purely on tweet totals, that means “The Wiz” bested the other two combined NBC options by a massive 44 percent.

Unfortunately, not all of the related social media use was particularly kind, even if the production was generally well-reviewed. Twitter experienced a bunch of “racist” tweets last night, which you can read about here and here.