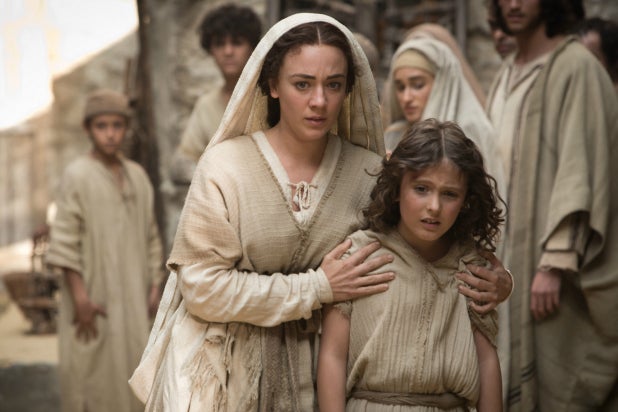 Author Anne Rice, whose primary success has come from voluptuously written vampire novels, has what can only be called a complicated relationship with the Christianity. Yet during one of those periods of engagement, her career took what appeared to be an unexpected detour, with the 2005 novel “Christ the Lord: Out of Egypt.” Well-received, it fantasized the life of very young Jesus, informed by Rice’s ongoing interest in the subjects of immortality and the supernatural, but never straying far from the Gospel of Luke’s one reference to a young Jesus growing “in wisdom and stature.”

A film adaptation, then, would need to address both the expectations of a contemporary Christian audience and the more mercenary demands of a franchise-minded film industry. The Christians win this time, more or less: “The Young Messiah” delivers a faith-based movie at the expense of whatever “origin story” hopes co-producer Chris Columbus might have had in mind.

Also Read: How to Write a Movie With Your Husband and Live to Tell About It (Guest Blog)

The signs are there, for those with eyes to see. Plot mechanics involve a treacherous journey, a secret identity that must be revealed for the hero to understand his place in the universe, and villains, both human (Sean Bean as an in-pursuit Roman centurion named “Severus,” of all Harry Potter-hijacking things) and supernatural (Rory Keenan plays a bleach-blond, black-cloaked Satan who throws death-making apples at children). This is a story meant to engage more than one target demographic and to deliver bankable sequels.

It’s clear early on, however, that director Cyrus Nowrasteh (“The Stoning of Soraya M.”), who adapted Rice’s novel with co-screenwriter Betsy Giffen Nowrasteh, isn’t all that concerned with building high dramatic stakes. This origin story already has a well-known ending, and the film accepts its role as a conduit for fulfilling expectations. Will Jesus (Adam Greaves-Neal) figure out why he’s able to heal the sick and raise the dead? Yes, of course. Will he make a believer out of his most ardent pursuer, in similar fashion to last month’s “Risen”? Sure. There are no spoilers in a narrative like this.

Jesus and his extended family, including parents Mary (Sara Lazarro) and Joseph (Vincent Walsh), leave Egypt to return to Nazareth. Commanded by Herod (Jonathan Bailey) to find the child who survived the wholesale slaughter of infants seven years earlier, Severus chases them across the desert. So does that blond demon. 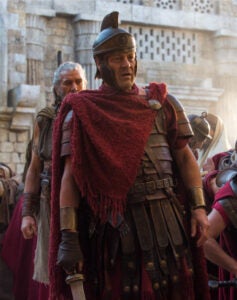 Mary and Joseph worry for their son’s safety, all the while trying to shield him from the nature of his true identity. “How do we explain God to his own son?” asks Joseph. It turns out that you just need to sit down and have the conversation. In a world where dreams, signs, and visions qualify as reasons to uproot an entire family and drag them across the country, that explanation seems to have little effect on its recipient.

There’s little effect elsewhere, too, which suggests that any literary elegance Rice brought to her fiction was also stripped from the script’s final draft. Further, perhaps realizing that enticing nonbelievers into cinemas for another movie about the life of Christ may indeed necessitate the wild-style of a director like Darren Aronofsky – the man who gave us the CGI rock monsters of “Noah” – the filmmakers decided to play it safe rather than risk conservative Evangelical rejection.

“Young Messiah” is more quiet than action-driven, more sober than fantastical (that slinky Satan notwithstanding), and more dull than poetic. The presence of God in this film is communicated by a heavy-handed score, blinding rays of golden light, shots of heavenly clouds, and a child actor with a slightly worried expression. Taking the Bible’s narrow-path admonitions to heart, the result is on message, doggedly so, unburdened by human doubts, fears, ecstasy, or joy, settling instead for stiff, old-fashioned reverence. It’s not so very young at all.