With movie patrons showing a willingness so far to pay an up-charge on tickets to 3D engagements, exhibitors are raising prices by as much as 26 percent, according to research conducted by a Wall Street media analyst.

The report, conducted by BTIG analyst Richard Greenfield and obtained by the Wall Street Journal, reveals that ticket prices have jumped as much as $5 in recent months for 3D movies in New York and Los Angeles. 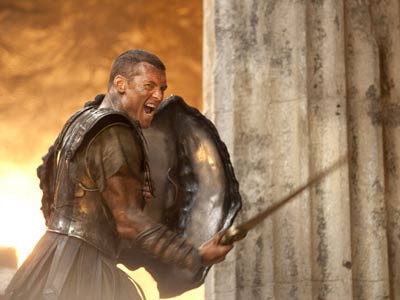 “This is about consumer tolerance,” said one studio distribution executive to TheWrap. “(The exhibitors) are just trying to see where the ceiling is on up-charges so they’re not leaving any money on the table.”

The BTIG report surveyed 10 theaters in numerous major U.S. markets and found that, on average, exhibitors were increasing 3D engagements by 8.3 percent. The figure was 9.9 percent for IMAX 3D screens.

Of course, with ticket prices for 3D movies approaching bleacher-seat levels for Major League Baseball, some distribution executives are concerned.

"This could kill the golden goose," one told TheWrap. "One bad film could trigger a backlash."

UPDATED: For its part, officials for cinema chain Cinemark claim they have not upped their prices as much ast the BTIG report claimed, releasing a statement to TheWrap that read, "Historically, Cinemark has been very conservative with our price increases.  We just completed our pricing review process and, contrary to what has been reported, our customers will notice we have not increased our 3D pricing by an additional 20 percent nor our regular pricing by an additional 10 percent. In fact, our pricing changes that are currently being implemented across the circuit are estimated to result in an average 1-2 percent increase."

Calls into chains including AMC and Regal by TheWrap Thursday failed to yield comment.

The new pricing structure will be on full display this weekend at the box office, with Paramount and DreamWorks bowing "How to Train Your Dragon" at more than 2,100 3D-equipped theatrers in the U.S. and Canada. Warner’s 3D "Clash of the Titans" arrives next weekend.