During TheWrap’s annual business conference, TheGrill, diversity, equity and inclusion executives at major companies like Warner Bros. Discovery, Starz and NBCUniversal, as well as independent companies championing talent from underrepresented backgrounds, emphasized the need to move past conversations of representation to actionable change in Hollywood.

“It’s really gratifying to hear all of these different centers talk about sustainability, because the reputation before for diversity programs when I was in school was that there was no real pipeline,” Bayne said. “I just think that this is awesome that there’s investment now from the industry, from studios, from networks, from universities.” 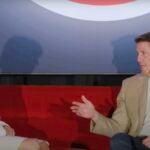 The panelists also hammered the importance of “longevity” within DEI programs that continue fostering talent long after those creatives have graduated, in addition to changing the culture to embody inclusion as a norm.

“I think the most important thing is everyone understanding why we’re doing it: This isn’t nice to have, it’s not something we do because we have to — it’s critical for our business, and how do you make sure that every single person understands their role, the responsibility? The second thing is when we talk about diverse talent, we’re talking about amazing talent and that piece has to be out there clearly,” Sadiq said, adding, “Culture is the biggest piece; if the culture is one of inclusion, then everyone has to adapt to that culture. If that’s only in pockets of an organization across the piece, and everyone doesn’t understand it, then it’s more difficult.”

For the executives, part of that cultural shift includes supporting up-and-coming creators who can continue breaking down barriers.

English said, “I think an important philosophy — not only of mine, but at the Academy — is let’s continue to invest in the next generation and set them up so that they can stand on their own in these spaces that don’t often open their doors widely to them.”

About TheGrill
For over a decade, WrapPRO’s Grill event series has led the conversation on the convergence between entertainment, media and technology, bringing together newsmakers to debate the challenges and opportunities facing content in the digital age. Tailored to a C-suite and innovative, forward thinking attendees, the event delivers a unique series of curated discussions, industry panels and virtual networking activations that explore the ever-changing media landscape. For more information about TheGrill visit thegrill.thewrap.com. 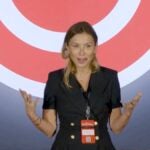