TheWrap’s annual Grill conference kicks off at 11 a.m. PT on Monday, beginning two days of discussion about the convergence of the entertainment and technology, at the Montage Hotel in Beverly Hills.

The conference opens with series of panels discussing the future of China and its role in the entertainment industry with executives from CAA, DMG Entertainment, Youku Tudou Inc. and Infotainment China, among others.

In addition, Oscar-nominated filmmaker John Singleton will sit down to discuss his career, from 1991’s “Boyz N the Hood” to his recent FX drama “Snowfall,” and everything in between.

Other panels on Monday include a conversation with REDEF CEO Jason Hirschhorn, a panel about how to build a forward-looking media company in a multi-platform world, and an in-depth conversation between TheWrap’s Sharon Waxman and Fox bosses Walden and Newman.

Tuesday’s panels will tackle the revolution in entertainment marketing, with Megan Colligan of Paramount Pictures and Thai Randolph of Laugh Out Loud; the impending wave of consolidation in entertainment, moderated by Second Ave Partners CEO Mike Slade; and a discussion about Hollywood’s diversity challenge with mitú Founding Partner and CEO Beatriz Acevedo and Lionsgate TV’s Sandra Stern.

There will also be a conversation with three powerhouse producers, Nina Jacobson of Color Force, Roy Lee of Vertigo Entertainment and Darren Throop of Entertainment One, as well as two roundtable sessions with leading producers and Silicon Beach entrepreneurs.

TheGrill 2017 will close with the unveiling of TheWrap’s annual Innovators List by Webby-winning YouTube star Grace Helbig and a closing cocktail party at the Montage Hotel. 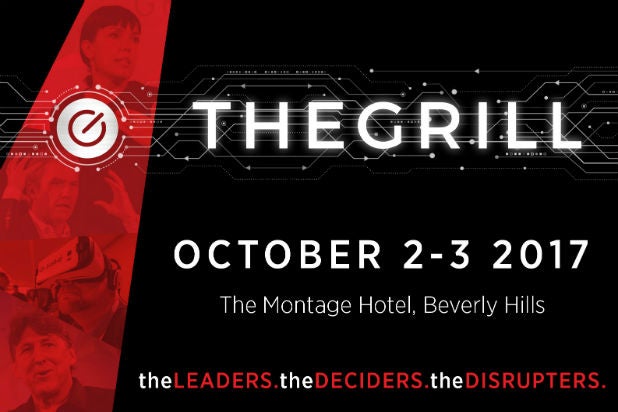