Digital publisher The Arena Group on Tuesday will move to the New York Stock Exchange and announced plans for a reverse stock split, changing the company name to The Arena Group Holdings Inc.

Companies typically do reverse stock splits when a share price falls low enough to risk being delisted on a stock exchange, reducing the overall shares in a company.

The company previously operated as Maven. It publishes Sports Illustrated, History.com, Maxim and TheStreet. The publisher has applied with the SEC to uplist its common stock from the OTCQX to the NYSE, according to its release. It is also planning to execute a reverse stock split of its common stock — a move that MoviePass’ parent company has done several times to avoid delisting — a signal that the company could be looking to refresh its business. 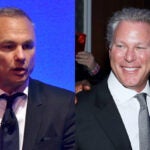 Last September, Maven rebranded to The Arena Group as it aimed to shift its business strategy. Its media verticals range from news to sports and investing content. In August 2020, the company ousted its CEO James Heckman, who founded the company, and installed former Sports Illustrated CEO Ross Levinsohn.

Heckman, according to the announcement, “will transition from his CEO role and will advise Levinsohn on key strategic and business development initiatives.”

While Levinsohn most recently served as CEO of Sports Illustrated, he has a long media career: He is the former interim CEO of Yahoo and has held leadership positions at Fox Interactive Media, HBO, Tribune, Guggenheim Digital Media and CBS Sportsline.