The year 2015 has been a landmark in the evolution of content creation, distribution and discovery — from the continued rise of YouTube, Snapchat and Amazon to the creative uses of Kickstarter and live-steaming apps like Periscope.

For our third annual Innovators List, TheWrap has zeroed in on some of the creative people leading the charge — er, change. Enjoy the list, watch the video interviews … and be sure to catch our Innovators panel at TheGrill on Oct. 6 in Beverly Hills. 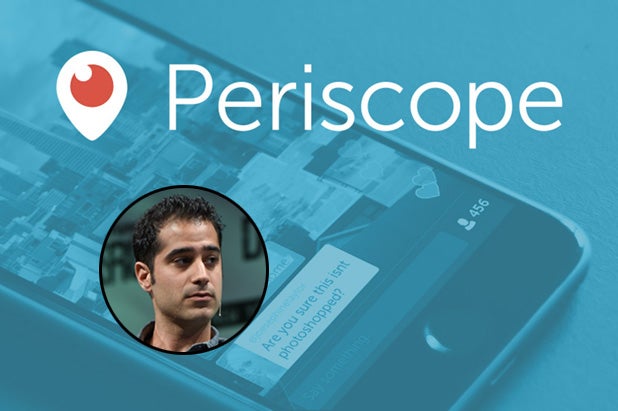 1. Kayvon Beykpour, CEO & Co-Founder, Periscope
The rapid rise of live-streaming has been one of the biggest video trends of 2015. Periscope, acquired by Twitter before its launch in late March, grew to more than 10 million accounts within four months, quickly eclipsing its nascent competitor Meerkat.  “We’ve seen a variety of use cases where Periscope is used for everything from reporting news to life-casting,” Beykpour told The Wrap. “We’re most proud of Periscope’s flexibility and its potential to be a platform for truth and empathy.” Users have captured everything from riots in Baltimore to the journeys of Syrian refugees. Beyond the app’s adoption by media outlets seeking to better cover breaking news, celebrities such as Ellen DeGeneres, Howie Mandel and Al Roker — and TheWrap — have become frequent users. 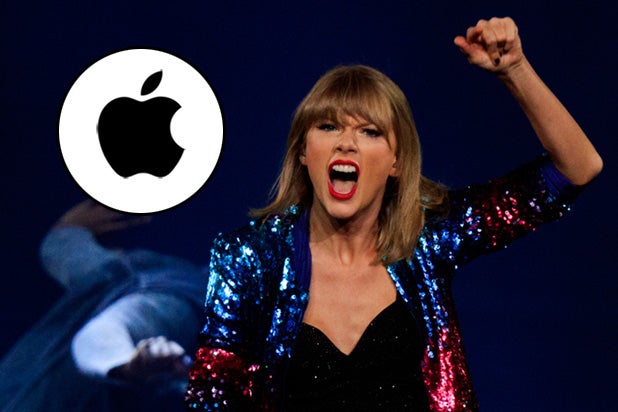 2. Taylor Swift
Taylor Swift has long been a passionate adopter of social media tools, connecting with her now 64-million strong Twitter fan base in the most personal and authentic of ways. But this year she broke new ground as a pioneering voice for artists in the digital age, challenging Apple over its new music streaming service’s policy of not paying artists during a 90-trial period for subscribers. “I find it to be shocking, disappointing, and completely unlike this historically progressive and generous company,” she wrote in a blog post titled, “Dear Apple, Love Taylor.” Less than a day later, the company  reversed course. Few can make a giant like Apple bend to their will. To boot, she then released her new album “1989”… on Apple. 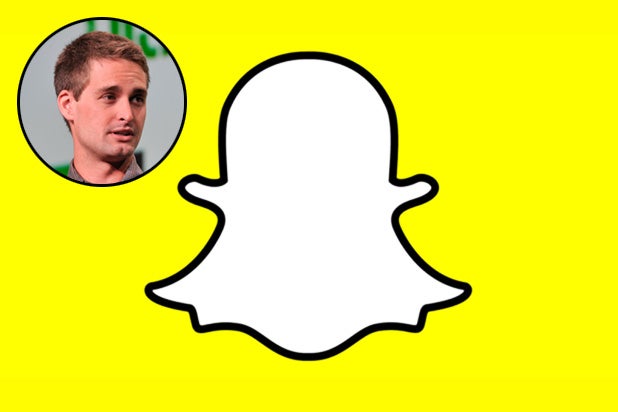 3. Evan Spiegel, CEO & Co-Founder, Snapchat
Snapchat’s massive millennial audience — more than 100 million monthly users — has forced traditional media players to re-think their storytelling. Those embracing the opportunity — including ESPN and CNN — have been rewarded with high-profile real estate in Snapchat’s “Discover” section. Partners like Daily Mail North America’s Jon Steinberg see their Discover offerings as modern day cable channels. With Snapchat reportedly seeking to generate $50 million in revenue this year, it’s busy rolling out new content deals, with partners like the NFL. And Snapchatters eager to watch extra replays can now buy 3 replays for $0.99. As Snapchat said in a blog, “They’re a little pricey — but time is money!” 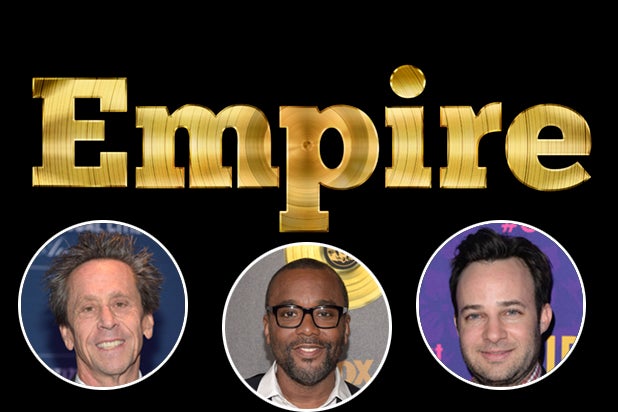 4. Brian Grazer, Lee Daniels, Danny Strong, co-creators of “Empire”
“Empire” proved in 2015 what many new series could not: Appointment viewing is still alive and well. Not only did 16 million viewers tune in for the Season 1 finale, but they came back for the Season 2 premiere. Fox’s “Empire” stands as one of the few broadcast TV shows that deeply engage an audience on multiplatforms and prove that shows with heavily African American casts can attract diverse viewers. Creators Lee Daniels and Danny Strong show no signs of slowing their ability to shock the audience. Take the Season 2 premiere and its (spoiler alert) severed head in a box. “I just remember us thinking, ‘That’ll be a crazy “Empire” moment,'” Strong told TheWrap. Those crazy moments have helped fuel ratings for the hip-hop drama, produced by Brian Grazer‘s Imagine Television. The episode was Fox’s highest rated season premiere for a scripted show in six years. “Empire” also set a new record on Twitter for a one-hour broadcast drama series, hauling in 1.3 million tweets and generating 63 million impressions, per Nielsen. And as the season rolls on, expect more crazy. “When I was writing ‘Empire’ last season, Cookie was in jail,” says Strong. “Now Lucious is in jail. And that’s what we wanted to do, is literally shift everything. And things kind of all go crazy from there.”

5. Alex Winter, Director, “Smosh: The Movie”
Alex Winter is best known for his starring roles in the “Bill and Ted” franchise, but his latest film positions him well for Hollywood’s new adventure in digital distribution. Winter directed “Smosh: The Movie,” featuring YouTube stars Anthony Padilla and Ian Hecox. Produced by AwesomenessTV and Defy Media, the film quickly hit No. 1 on the iTunes comedy film chart and it has also been licensed to Netflix. “I’ve been working in multiple platforms for years and have always believed that traditional stories can achieve great success in the digital space if they’re delivered the way that audience expects them,” Winter said. “The Smosh movie really confirmed that belief.” Winter also directed “Deep Web,” a 2015 documentary about Silk Road creator Ross Ulbricht. His next project is an authorized documentary on the life of musician Frank Zappa. 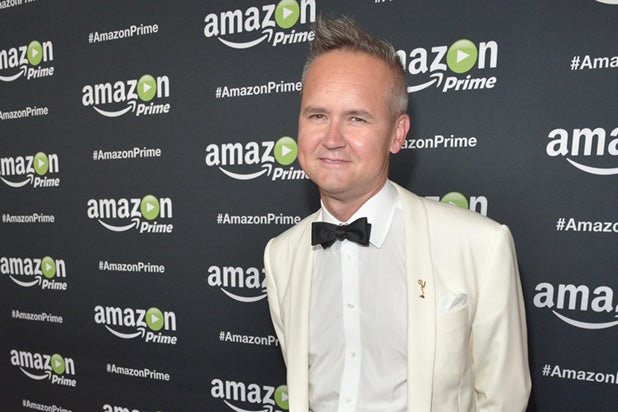 6. Roy Price, Head of Amazon Studios
Emmy night was another example of Roy Price‘s growing influence in Hollywood. Amazon Studios took home five statuettes, including one for Jeffrey Tambor‘s performance on “Transparent.” Beyond greenlighting critically acclaimed shows, Price is betting big on controversial creators like Woody Allen and Jeremy Clarkson. Meanwhile, Amazon gives audiences a say in its decision making process, allowing them to vote on pilots from the likes of Louis C.K., Diablo Cody and Sacha Baron Cohen. “We have something for everyone in this season and I am excited to see which shows spark conversation amongst our customers and what they want to be made into series,” Price recently said. 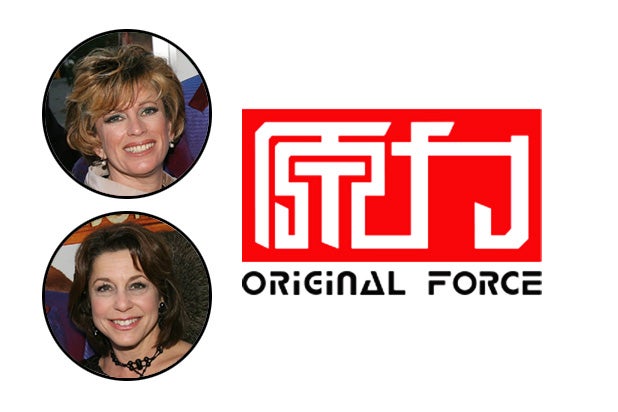 7. Sandra Rabins and Penney Finkelman Cox, Co-Presidents, Original Force Animation
Original Force, a Chinese digital animation studio backed by Internet heavyweight Tencent, plans to be a big player in Hollywood. To make that happen, it has turned to industry veterans Rabins and Finkelman Cox. The talented duo are building a feature film unit — something they’ve done before, having played key roles in the creation of DreamWorks Animation and Sony Pictures Animation. “With three films already in production, we want to establish Original Force Animation as a new creative home for the world’s best storytellers, writers, directors, animators, digital artists and designers,” said Finkelman Cox. There’s no denying China’s influence at the box office, with $3.3 billion generated in the first half of 2015, up a staggering 50 percent over the same period last year. Original Force’s features include “Duck Duck Goose,” directed by Christopher Jenkins (“Home”). “Our inaugural slate reflects a great diversity of product as well as the creative ambition, vision and artistry that will be defining hallmarks of films emerging from our studio,” Rabins said.

8. Elan Lee, Co-Creator, “Exploding Kittens”
Elan Lee didn’t exactly plan to build a business around a highly addictive card game. “This is what I’ve been training for the last decade of my life. And I backed into it,” he said. Lee, who previously served as chief design officer at Xbox Entertainment Studios, launched “Exploding Kittens” as a side project with Shane Small and cartoonist Matt “The Oatmeal” Inman. They sought to raise $10,000 through a Kickstarter campaign that ended up raising nearly $9 million from more than 218,000 backers. “We just launched ‘Exploding Kittens’ on Amazon in the U.S., Canada, and Europe,” Lee said. “We’re developing a mobile app for the iPhone, and an expansion deck for early next year. We’ve also got a super-secret second game in the works that our craftiest Twitter followers will probably figure out how to get access to before the rest of the world.” 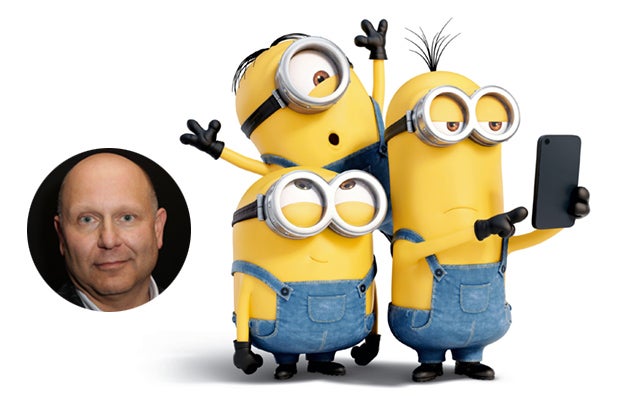 9. Chris Meledandri, CEO, Illumination Entertainment
Chris Meledandri is helping redefine creativity in the animation business. From inception, his Universal-backed studio Illumination Entertainment set out to create cost-conscious films that would appeal to a global audience, facing down giants like Pixar and Disney Animation with daring ideas and charming characters. Illumination has played a key role in Universal’s record-setting year at the box office. “Minions,” the third film in the “Despicable Me” franchise, has generated more than $1 billion at the global box office, making it the second highest grossing animated film of all time, behind “Frozen.” “In a business that is filled with uncertainty, we place our faith in our incredibly talented artists, writers, and filmmakers from all over the world who are committed to creating engaging and delightfully flawed characters,” Meledandri tells TheWrap. “We are driven by the same principles we built the company around when we first launched with Despicable Me -to take creative risks and engage global audiences with compelling stories.”

10. Perrin Chiles, CEO & Co-Founder, Adaptive Studios
Perrin Chiles is on the hunt for intellectual property. Along with TJ Barrack and Marc Joubert, he co-founded Adaptive Studios. The startup seeks out long forgotten film, television, book and graphic novel rights. Adaptive recently brought back Matt Damon and Ben Affleck‘s “Project Greenlight,” currently airing on HBO. Chiles, whose career has included stops at tech-focused private equity firms Elevation Partners and Silver Lake, told TheWrap that intellectual property acquired by Adaptive doesn’t have to end up on the small or big screen. “With all the emerging platforms that exist today, you have so many more opportunities to tell great stories and build audience,” he said. “We’re focused on taking that Hollywood-vetted material and transforming it for the digital age.”

Watch a recap of this year’s panel here:

And also: Check out our past innovators — where are they now?