The site earned a nod in the multimedia package category for the multipart series “Lessons From the Cancel Culture Era.”

In addition, TheWrap founder and editor in chief Sharon Waxman earned multiple nominations, including for her WaxWord blog and the TV/streaming personality profile “Inside Jeremy Strong’s ‘Dangerous’ Approach to ‘Succession’ – and That ‘Cringeworthy’ Rap.” She also shared a nomination with Beatrice Verhoeven for the online film feature “Why Are So Many High-Level Executives Ditching Hollywood During the Pandemic?”

Waxman and Daniel Goldblatt also earned three nominations for the “TheWrap-Up” podcast, for a one-on-one interview with “Unorthodox” star Shira Haas, for the hard news feature “Olivia Munn Speaks Out on Anti-Asian Violence” and for the soft news feature “Time’s Up CEO Tina Tchen and a Discussion on ‘Allen V Farrow.’” 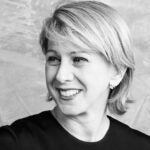 Film reporters Brian Welk and Umberto Gonzalez each earned two nominations, including sharing a nomination for the online celebrity feature “Has Shia LaBeouf’s Latest Scandal Finally Crossed the Line for Hollywood?” Welk also earned recognition for the TV/streaming soft news piece “Why TCM is Showing Problematic Films Like ‘Gone
With The Wind’ — And Won’t Rule Out Woody Allen Classics” — while Gonzalez was nominated in the pandemic reporting, entertainment subject category for “How America’s Last Video Store Chain Survived Recessions and Streaming – But Not COVID.”

And reviews editor and lead film critic Alonso Duralde was nominated for the film/TV obituary “Cloris Leachman Appreciation: Versatile Actress Had a Gift, and Kept on Giving.”

Creative director Ada Guerin and her team picked up two nominations, for Christian Friis’ portrait of “Succession” star Jeremy Strong and for the Chris Morris illustration “Journal of the Plague Year.”

The L.A. Press Club is preparing for a virtual awards ceremony on Feb. 5 to announce the winners.