In November at our inaugural Power Women Summit, TheWrap committed to bringing gender balance to our team of film critics.

At the time, I said that we wanted to make sure we walked the walk and set an example by our own actions. We all know that having different a diverse set of views among writers creates a smarter, richer context for the discussion around our popular culture. (More info on that event here.)

For that reason I’m pleased to announce that we have achieved that commitment, and that TheWrap now has an equal number of women as men critics. 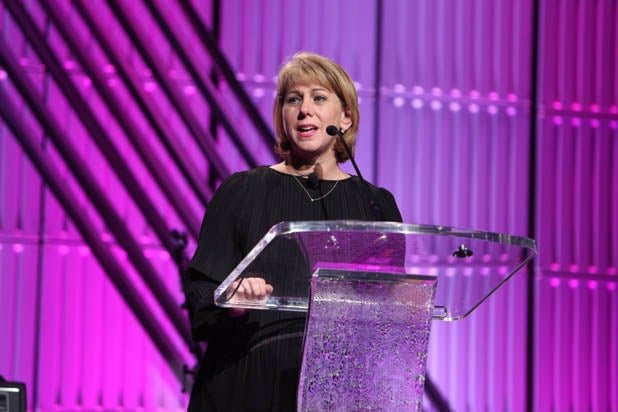 We have added to our esteemed group of writers Yolanda Machado, Candice Frederick and Monica Castillo, who join a wonderful group of independent-minded thinkers reviewing films for the site.

TheWrap’s reviews editor Alonso Duralde enthusiastically took on this commitment and it is thanks to his leadership that we can be proud to have a greater mix of perspectives on the films and shows we review.

Here is a list of our pool of critics, and our thanks go out to each of them for their strong work, which you can read here:

“For generations, the picture of motherhood has been that of a woman who connects with her child immediately, who is openly loving and soft. Motherhood today is not as simple. There are real dangers that our children face daily, simply by walking outside. There’s no new handbook to teach us how to prep our kids in case their school is taken over by a shooter, nor is there a guide on how to lead our children when we ourselves are uncertain of what the future holds. We’re all fumbling into this new parenthood blindly, hoping that we’re raising smart and strong kids while also allowing them to experience the joys of childhood, and it’s that innate understanding of parenthood that makes Bullock’s performance feel real. It’s equally fascinating and terrifying to watch.”

In her review of “Destroyer,” by director Karyn Kusama, April Wolfe wrote:

“But despite the film’s needlessly fractured structure and a relentlessly grim story, Kidman and Kusama seem to be speaking the same language, in quieter moments illuminating not just the faults of the protagonist but also the faults of every tragic hard-boiled detective in cinematic history.”

And in her review of “Vice,” Candice Frederick recently wrote:

“If there’s one thing writer-director Adam McKay’s “Vice” does well, it’s highlight how white mediocrity has thrived in American politics and pop culture. But McKay also does this by way of making a mediocre movie about mediocre politician Dick Cheney played by a surprisingly mediocre Christian Bale. At some point, and at some level, you wish the white mediocrity could be reined in, but it never is.”

The voices and views of TheWrap’s critics matter a great deal as we are among a handful of publications that see films at their very earliest screenings, and are the first reviews to be published.

As a company, we are already at gender equity as a whole, not such a surprise given that it was founded by a woman. But still, we love having all the smart men on our staff – along with the talented women.

We invite our colleagues in the industry — Variety, The Hollywood Reporter and others — to make gender equity a priority among their critics as well, and together we will have a chorus of diversity among those who set the tone for our discussion of film.

Photographed by Irvin Rivera for The Wrap