TheWrap is pleased to announce that digital veteran Dan Strauss has joined the company as its first chief digital officer.

“Dan is an incredibly exciting addition to our leadership team,” CEO and founder Sharon Waxman said. “TheWrap has entered a new phase of growth after emerging successfully from the challenges of the pandemic year. Dan is a key element of that growth strategy and an important addition to our top-notch management team.”

Before joining TheWrap, Strauss held leading roles at top publishers during a career building digital media businesses. Most recently, he was the Chief Product Officer at Tribune Publishing and previously was the general manager for The Hollywood Reporter/Billboard. 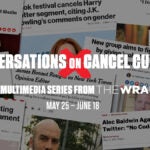 Strauss is one of a number of recent strategic hires at TheWrap. Last year, the company brought on sales veteran Lynne Segall as chief revenue officer. Both the roles of CRO and CDO are new positions and critical pieces of the company’s growth strategy as the only independent news media company covering the business of Hollywood. Nina Brown was promoted to senior vice president, marketing and events, as TheWrap continues to innovate around its brand-defining events under TheGrill and WrapWomen banners.

TheWrap has also continued to expand its news coverage coming out of the pandemic, with a greater focus on its awards editorial and screening series, as well as PRO industry insider analysis. New additions include media and tech reporter Antoinette Siu and awards-season writers Joe McGovern and Jason Clark.

About The Wrap News Inc

TheWrap has won multiple awards for its journalism, including the best online news website at the L.A. Press Club’s SoCal Journalism Awards in 2018, 2012 and 2009. In 2019, the site won two National Arts & Entertainment Journalism Awards for the multimedia package “#AfterMeToo: 12 Accusers Share What Happened Next, From Firing to More Trauma.” In 2020, Sharon Waxman was honored as one of The Top 100 Women Entrepreneurs by Inc. Magazine.