This week on “TheWrap-Up,” host Sharon Waxman and guest co-host Adam Chitwood, TheWrap’s assistant managing editor of audience, take a look at the latest Hollywood headlines, including the big ratings debut of “Bridgerton” Season 2, Bruce Willis’ family’s announcement that he has aphasia and is stepping back from acting, and how the Oscars slap heard ’round the world has caused concern among the comedy club community.

Then, after Sharon shares her weekly Wax-on/Wax-off picks, we move on to our first deep dive of the week — the 2022 Oscars, which continues to make headlines for the fallout from the moment when Will Smith slapped Chris Rock onstage after Rock made a joke about Smith’s wife, Jada Pinkett Smith. Sharon and Adam are joined in their discussion by film critic and executive producer of “A Celebration of Black Cinema,” Shawn Edwards.

Then, TheWrap’s editor-at-large Joe Belbruno joins Sharon and Adam to detail the launch of CNN+. Belbruno spent the entire day watching CNN+’s programming Tuesday and has a detailed account of everything on offer and how the cable network’s streaming service is a different product than the mothership. 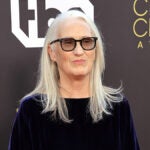 Also Read:
TheWrap-Up Podcast: Jane Campion On How #MeToo Emboldened Her as An Artist, Deconstructing the ‘John Carter’ Disaster