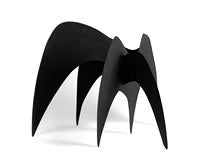 NOTE: I'll be tweeting tonight from the ceremony beginning at 7:00 p.m. — follow along here.

The 45th annual National Magazine Awards – aka the Ellies, the consumer magazine industry’s answer to the Oscars – will be announced Thursday night at a gala ceremony at Lincoln Center in New York.

By about 10 p.m., 23 of those freaky industrial-looking elephant trophies will have been doled out inside Alice Tully Hall.

The New Yorker and New York magazine – as they seem to every year – lead the field with 10 nominations apiece. And they’ll no doubt win their share. But there are other intriguing sidelines and subplots to this year’s program.

Below, a rough guide to some of the most intriguing 2010 Ellies races — and a few lingering questions:

General Excellence, Under 100,000 Circulation
Nominees:
Aperture; Architect: Military History; The Paris Review; San Francisco
Who should win: Aperture
Who will win: The Paris Review
The skinny: The smallest-circulation general excellence race has two first-time nominees (Architect and Military History) – and rookies rarely win the first time around. The Paris Review – which, despite a storied history, has won just once – is the favorite.

General Excellence, 100,000 to 250,000 Circulation
Nominees: Foreign Policy; Garden & Gun; Martha Stewart Weddings; Mother Jones; Paste
Who should win: Garden & Gun
Who will win: Paste
The skinny: This category, more than most, is up for grabs. Both Garden & Gun and Paste were – of varying degrees — near death not too long ago, and both are excellent magazines. Reading Foreign Policy makes you feel smarter. I’ll go with Paste as the lone rock-n-roll rag to win an Ellie this year.

General Excellence, 250,000 to 500,000 Circulation
Nominees: The Atlantic; Audubon; New York; Texas Monthly; W
Who should win: The Atlantic
Who will win: New York
The skinny: Following a redesign and brand overhaul, the Atlantic has been riding a wave a critical success that has yet to translate into an Ellie. A win tonight would be fitting. But New York magazine, which won five Ellies in 2007 followed by just one a year since, is due for another big night.

General Excellence, 500,000 to 1 Million Circulation
Nominees: The Economist; Esquire; Food Network Magazine; GQ; Wired
Who should win: The Economist
Who will win: Esquire
The skinny: Another tough category, with the Economist, Esquire, GQ and Wired all consistently and generally excellent. Esquire editor David Granger, though, has experimented the most in pushing the boundaries of magazine technology (cover gimmicks, sure, but more than that) and challenging the notion of what a print magazine is.

General Excellence, 1 million to 2 Million Circulation
Nominees: Field & Stream; Men’s Health; The New Yorker; Teen Vogue; More
Who should win: Teen Vogue
Who will win: The New Yorker
The skinny: Conde Nast and Anna Wintour don’t get enough credit in the success of   Teen Vogue in a category where others (like Elle Girl) have failed. That said, the New Yorker gets the nod for general excellence, a year after being ousted by Field & Stream.

Magazine of the Year
Nominees: The Atlantic; Fast Company; Glamour; Men’s Health; New York
Who should win: The Atlantic
Who will win: New York
The skinny: Since this category honors “publications that successfully use both print and digital media in fulfilling the editorial mission of the magazine” I wouldn’t be surprised if the Atlantic won – they’ve transformed themselves from a dusty old magazine into a robust, multiplatform media company (“magabrand”?) in the last few years. But New York got there first, and – as evidenced by their victory in ASME’s first ever digital Ellie for general excellence in March — is still the industry standard of magazines on the Web.

A few other lingering questions to be answered Thursday:

Will the mood be more festive than last year?

The 2009 National Magazine Awards was one of the most subdued in recent memory. After all, it was an industry decimated by layoffs, closures and hemorrhaging advertising revenues. While the last 12 months haven’t exactly been the rebound some had hoped for, it was probably enough to brighten the mood inside Lincoln Center.

Which will win more Ellies: New York or the New Yorker?

They’ve combined for 41 nominations in the last two years, yet just six wins (four for the New Yorker; two for New York). The trend will continue, but expect both titles to do well Thursday. The New Yorker, but by a nose.

Will any of the eight first-time nominees — Architect, The Boston Globe Magazine, The Boston Review, Food Network Magazine, Garden & Gun, Military History, Orion and Out – win?

No. But Garden & Gun has the best shot.

Will Vogue editrix Anna Wintour, who is being inducted into the Magazine Editors’ Hall of Fame, stick around for the post-Ellies dessert reception?