Lionsgate has won in a bidding war the rights to make a film adaptation of “Thieves’ Gambit,” an upcoming YA book thriller series from author Kayvion Lewis. And the studio has set Steven Caple Jr., the filmmaker behind “Creed II,” to direct the film.

Lewis, who is just a 23-year-old librarian, had a massive sale for a first-time author by landing a seven-figure, three-book deal at auction. The first book in the series will hit shelves in fall 2023.

Here’s the logline for the franchise: Raised by her parents to be an expert thief, a young woman must enter a dangerous, cutthroat competition that pits her against other young, talented thieves where winner takes all. 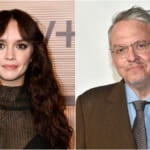 “Lionsgate, Temple Hill, Hodson Exports, and Steven Caple Jr? Please don’t wake me up from this dream. Temple Hill is one of the heaviest hitters in adapting YA, so I know ‘Thieves’ Gambit’ would have already been in brilliant hands, but add one of the most iconic studios in Hollywood, an ingenious pro like Christina, and one of the best directors in town too and it’s no wonder I’m questioning if this is reality. Things like this don’t happen to girls like me,” Lewis said in a statement. 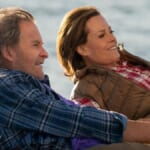 Lewis is a youth services library technician living in Shreveport, Louisiana. She’s been working with books since she was 16, hopping from libraries to bookstores and back again. She is represented by CAA and Chelsea Eberly of the Greenhouse Literary Agency.

Caple Jr. previously directed “Creed II.” He is in post-production on “Transformers: Rise of the Beasts,” which releases in June 2023 and stars Anthony Ramos and Dominique Fishback.  He is represented by CAA, Untitled Entertainment, and Hansen, Jacobson, Teller, Hoberman, Newman, Warren, Richman, Rush, Kaller, Gellman, Meigs & Fox. Christina Hodson and Hodson Exports are represented by CAA and Kaplan/Perrone Entertainment.

For the record: A previous version of this story misspelled Steven Caple Jr.’s name. 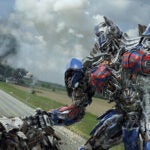