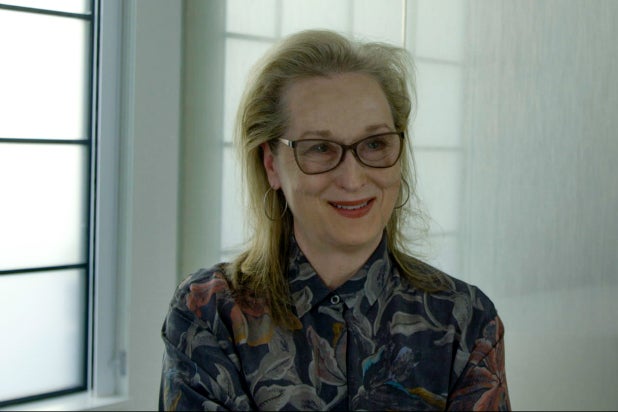 It seems like every time the subject of gender parity in Hollywood comes up, the conversation immediately becomes about sharing and dissecting the dismal stats we’ve already seen countless times before. Those include: only 11 women of color had lead roles in films last year, and only one female filmmaker (Kathryn Bigelow, “The Hurt Locker”) has ever won an Oscar for Best Director. Not to mention, 92% of directors of 2018’s top-grossing domestic releases were male, even though 2017 proved that the top 100 films with female leads made 38% more money. Then the enraging discussion inevitably reaches a dead end because, despite decades of case studies and reporting, these numbers have barely budged.

So when director Tom Donahue (“Casting By”) begins to echo these statistics early on in “This Changes Everything,” you think it’s going to be another fruitless conversation about the lack of equality in Hollywood. That concern is intensified as we see interviews with women who have been at the forefront of the #TimesUp movement — actors Reese Witherspoon and Rosario Dawson, producers Geena Davis and Tracee Ellis Ross, and directors Julie Dash (“Daughters of the Dust”) and Kimberly Peirce — because none of them really add anything new. Then the question becomes, What is the point of this film?

The short answer seems to be, to quote one of the film’s interviews, to build a community around the outspoken supporters –going beyond actors and directors to writers, casting agents, and showrunners — who have often been siloed to deal with their individual grievances alone. Ultimately, it’s about blowing the lid off the problem, highlighting the journey of how we got to this point, and what the industry is doing to fix it.

“This Changes Everything” spends the least amount of time on that last part, problem-solving, but it’s the most interesting aspect of the film because it shows some forward movement in the conversation. Davis talks about her eponymous Geena Davis Institute on Gender and Media, founded in 2004, along with the Annenberg Inclusion Initiative, both of which are vigilant about baring the disheartening statistics for all to be held responsible. Witherspoon’s Hello Sunshine production company gets a well-deserved shout-out for creating opportunities for women in front of and behind the camera.

Shonda Rhimes, also featured in the film, and her empire Shondaland are lauded for employing diverse casts and crew. Going back even further in time, the documentary pays respect to ’80s activists like directors Joelle Dobrow and Susan Bay Nimoy (“Eve”) and gives films like “Thelma and Louise,” “The Joy Luck Club,” “Twilight,” and “Daughters of the Dust” their due for passing the Bechdel test and for reflecting the documentary’s optimistic title.

As said in the film, however, the title “This Changes Everything” is ironic considering that, as notable as these milestones have been, they haven’t managed to shift the archaic, straight-white-cisgender-male Hollywood paradigm or to topple the dim statistics. This is perhaps why the bulk of “This Changes Everything” is problem-identifying, but in doing so, it exposes blind spots in the conversation.

For instance, while the film rightly confronts the misogyny and male gaze that impact how women are presented on screen and how that in turn influences young female audiences (who are compellingly seen enraptured by a movie screen at various points in the conversation, thanks to editor Jasmin Way), “This Changes Everything” fails to delve into other egregious Hollywood missteps, like parity in journalism. Unlike the other grim numbers that flash upon the screen throughout the movie, the fact that a whopping 77.8% of Rotten Tomatoes critics were male in 2018 gets exactly zero discussion.

Instead, Maureen Ryan and Walter Hickey, who are both white, are the only journalists featured as voices confronting the lack of diversity in Hollywood. Though they are both great, the fact that there is no critic of color adding to this conversation, or any journalist talking about how the almost exclusively white male, able-bodied entertainment journalism industry impacts some of these Hollywood numbers, is a huge oversight. In addition, the statistics featured in the film do not divide the numbers by race, age, ability, or sexual identity. They are melded into “ethnic or other marginalized groups,” which is very broad.

Obviously, it’s not up to one documentary to address everything at once, especially a film like this that is just over 90 minutes long and does, to its credit, cover a lot of important ground. But if we’re talking about community-building, and the significance of getting everyone across industries to advocate for parity, that means we all have to be invited to the conversation or at least mentioned in it. Otherwise, it promotes more dissent.

Still, “This Changes Everything” earns praise for reminding us of the women and men, both past and present, on the frontlines of this discussion, including lawyers from the American Civil Liberties Union who’ve held both the Directors Guild of America and Hollywood studios accountable over the years. “This Changes Everything” may not actually change anything (especially considering that it, too, is directed by a man), but there’s hope that it will at least galvanize more allies so that there will be more of them in Hollywood than not. That’s a start.