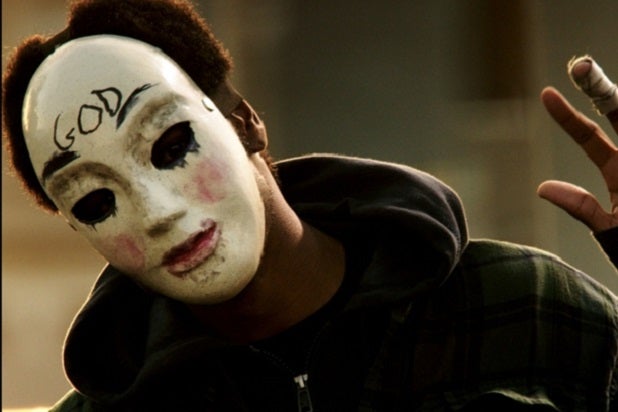 Eager to make another killing at the box office, Universal has ordered up a third “Purge” movie from Blumhouse and Platinum Dunes, TheWrap has learned.

James DeMonaco will return to write the script with an eye toward directing the sequel.

Jason Blum and Sebastian Lemercier will produce the genre film with Michael Bay and his Platinum Dunes partners Brad Fuller and Andrew Form.

Set in the near future, The Purge is the name for a 12-hour period when all crime, including murder, is legal due to a U.S. government mandate.

One interesting idea for the sequel would be to follow someone who breaks the two rules of The Purge and uses unauthorized Class 5 weapons, whatever those may be, to hunt down a government official with a ranking of 10 or higher.

Ethan Hawke and Lena Headey starred in “The Purge,” a home invasion movie that grossed nearly $90 million worldwide according to Box Office Mojo.

Frank Grillo starred in this summer’s “The Purge: Anarchy,” which opened up the world and boasted a global gross of $108 million.

Both “Purge” movies cost less than $10 million to produce.

Universal did not announce a release date for “The Purge 3,” nor is it confirmed to be DeMonaco’s next film, though the producers would obviously like to keep the momentum of the franchise going.