“This Is Us” creator Dan Fogelman has one last group of people to thank before the series finale of his drama airs Tuesday night on NBC: the fans.

In a heartfelt social media post on Tuesday, the showrunner shared a two-page letter directed at “those who watched.”

“On rare occasion, I’ve been lucky enough to hear that our show is someone’s show,” he wrote of “This Is Us.” “The end of ‘This Is Us’ has been a bittersweet but lovely march for those who have worked on it. We’ve now had so many occasions to clink glasses and give gifts, and say sentimental things to other sentimental people at a sentimental moment in time.”

But, before the final episode of the NBC drama airs, Fogelman wanted to make sure he also extended his gratitude to the people who decided to tune in — even if they didn’t do so on a regular basis.

“It is not lost on me how many shows there are out there, how many answers there are to the ‘what are you watching’ question at the stilted dinner party,” he wrote. “It is not lost on me that people come home from long days at work, and long days with children, at a tricky time in the world – and get just a few hours to themselves. And if you’ve chosen to spend ANY of those hours with us – whether you stayed from start to finish, or lapsed somewhere in between – I just want to say thank you.” 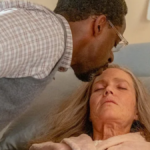 Also Read:
Mandy Moore Reacts to Emotional Rebecca Arc in Penultimate ‘This Is Us’ Episode

“I’ve always felt this show has been a bit of a hug between those making it and those watching,” he added. “I hope tonight satisfies you and leaves you thinking, and feeling, and even smiling. I hope it makes you feel as full as your response to this show has made us feel, all these years.”

The finale episode of “This Is Us” is bound to be an emotional one. Last week, the Pearson family said goodbye to its matriarch in the heart wrenching penultimate episode.