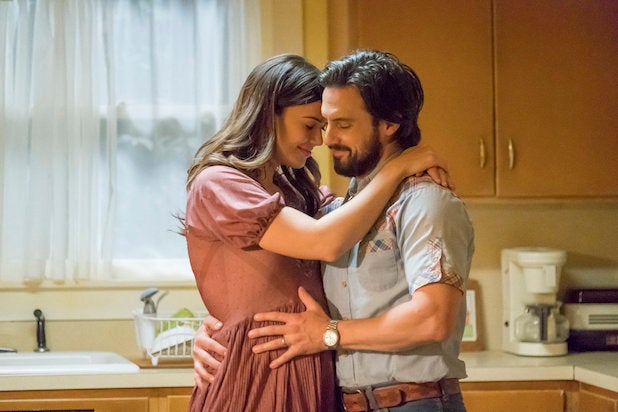 Coming off a summer hiatus that was extended because of the pandemic, the “This Is Us” cast is back on set to film the NBC show’s fifth season — and things are looking a little different for the Pearsons.

Producer Dan Fogelman shared a BTS photo from the studio lot showing Milo Ventimiglia and Mandy Moore dressed as their characters Jack and Rebecca Pearson — masked up and socially distanced. Fogelman joked that this is what a “2020 television sex scene” looks like during a pandemic.

No word yet on how the Big Three are faring in quarantine.

The beloved family drama was previously scheduled to return with a two-hour fall premiere on Nov. 10. But NBC later moved the special episode up two weeks to Oct. 27.